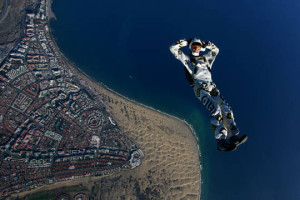 Olav Zipser is considered the “Father of Freefly”, a skydiving discipline which involves non-traditional forms of bodyflight (Credits: Olav Zipser).

World champion skydiver, trainer of 14 other world champions, and Sports Emmy Award winning German native Olav Zipser has dedicated 27 years to the advancement of human flight, accumulating 21,750 skydives and flying his body for the equivalent of almost three Earth circumferences. Zipser also invented the FreeFly discipline, which consists of consciously manipulating the air-flow and -pressures around the body to move around the three axes while controlling speed, orientation, altitude, and style. In 2000 FreeFly was officially recognized as a skydiving discipline by the International Air Sports Federation (FAI).  Zipser’s numerous activities – First School of Modern SkyFlying, Space Games, and Atmosphere Dolphin FreeFly Licence Program, pushed forward the boundaries of human flight capability, improving at the same time safety and training protocols to current international standard. His passion and dedication to leading human flight capability further than ever before imagined brought him to elaborate a bold new project in 2009: the FreeFly Astronaut Project.  Zipser is planning an actual “SpaceDive,” launching himself from beyond the Kàrmàn Line which is the boundary commonly accepted between Earth’s atmosphere and space, situated at an altitude of 100 km. Zipser considers the project a scientific research mission, not a record-hunting challenge, and he is going to use the occasion to develop and test reentry suits and techniques for high-altitude and low-Earth orbit emergency situations.

Origin of the FreeFly Astronaut Project

In 1995 for Sector No Limits, Zipser and French skydiver Patrick de Gayardon jumped from a plane in the stratosphere without using oxygen tanks, just holding their breath instead. At that altitude, the pressure and the temperature are very low, therefore, they had to figure out how to reach the fastest velocity in order to get to a height where it would have been possible to take a breath without freezing their lungs. 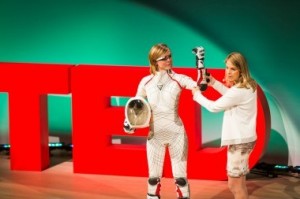 “We were actually building our own counter-mechanic pressure suit, like Dava Newman at MIT is doing now. At that time we did something that is much less sophisticated and we did not include a glass pressurized helmet but we did have a counter-mechanic pressure suit for the rest of the body. We only went 47,000 ft high, but it was a very stressful situation on the human body. It is like the organism is trying to explode because 75% of the outside pressure is lost, like a balloon that has too much air inside. It was something that I will definitely never ever attempt to do it like that again.”

That experience, however, made Zipser think of building better suits and going higher, but it was only in 2008, when he learned about the rising private space industry, that he saw new possibilities, which in 1995 he was not even dreaming about. Instead of using aircraft or balloons, he decided to be launched on a rocket, to explore higher altitudes and even space.

“It sparkled my previous and never-given-up idea to design inner space suits in order to improve the survivability for humans in the black skies coming from orbit.” 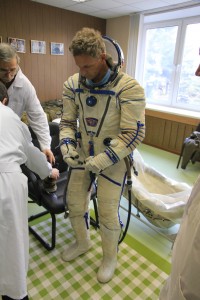 Zipser started travelling the world to learn about new materials and technologies, interviewing different people from the space industries as well as astronauts and cosmonauts, even meeting with the designers of the Orlan space suits to gather ideas and suggestions for the prototype suit. In Russia, Zipser tested all the spacesuits used in the last 50 years of Russian space exploration, experimenting with the different characteristics and their mobility in a wind tunnel.

A Project Driven by Safety

The final prototype envisioned by Zipser and his team will be the product of multiple stages. The FreeFly Astronaut Project has planned five launches to increasingly higher altitudes, from 50 km culminating with a reentry from above the Kàrmàn line. Each of the five descents  performed with an increasingly developed prototype suit.

“Each layer of difficulty will present a new challenge – speed will be higher, x-rays and gamma rays will be massive at higher altitude, friction and attitude control will change the higher you go, so each space suit will be particularly designed just for the current step until the final suit that will work from above the Kàrmàn line.” 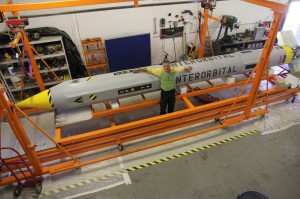 An IOS SR 145 rocket by Interorbital Systems is set to launch Zipser from the Mojave Desert to the various altitudes. The rocket, initially designed for launching cubesats, will be modified to accommodate the space diver.

“I want to be as safe as possible and to be the most clever risk assessment person for whatever particular situation I am in or get myself into.  The rocket has been maximized to minimize everything.  There is almost nothing special with that rocket.   It basically has a single stage, one nozzle, two fuel tanks and none of the fuel components will burn without proper ignition. There are hardly any electronics except the guidance system.” 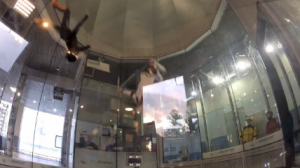 Attitude control training
in a wind tunnel in St. Petersburg , Russia. Since 1988, Zipser has flown in and tested about 25 wind tunnels worldwide. (Credits: Olav Zipser).

In the meantime, Zipser is also studying different configurations and flight methods in wind tunnels in order to be able to reproduce similar conditions to the ones he would find while descending from space. This activity is fundamental to understand how the air flow interacts with the human body at different altitudes and to learn techniques that will enable him to control his body for acquiring speed, attitude, and direction even in the upper level of the stratosphere where the air density is different. The space suit will more than likely have micro-thrusters for attitude control above the Kàrmàn line, where the atmosphere is so thin that it will not have any significant effect on a body flying through it.

“We envision our final product – actually a ‘Bio-Mechanical Flex Wing’ – will fly itself back home and we will have landing places around the planet that will be possible to be reached from all kinds of space emergency situation.”

Zipser believes that the FreeFly Astronaut Project will result in an essential safety device for the future low Earth orbit travellers. Once the suit is finally able to withstand the harsh environment, it is going to be implemented in a remote control version to bring back astronauts and space tourists even without intensive training and human body flight mastery.

“Virgin Galactic, XCOR, and others will have no choice but to adopt our life vest for space ‘suit and system’ once we prove it works very well.  Future space travelers of these private companies will be high net worth and high net value individuals, they will pay a lot for their ride and they want to risk as little as possible.”

Zipser is set to go far beyond the records of Felix Baumgartner (highest skydive) and Joe Kittinger (longest freefall). Zipser pointed out that the FreeFly Astronaut Project is very different but somehow complementary to Baumgartner’s Red Bull Stratos Project.

Although Zipser believes the FreeFly Astronaut Project will generate unprecedented levels of global publicity for sponsors and supporters, he aims higher: “Our goal is to improve the safety of humans in space. We want to save people in the event of a space emergency.”

The Freefly Astronaut Project has a detailed value proposition for potential sponsors and partners.Contact olav@rocketdiver.com for more information