A game is getting more and more attention recently from the space geek community. Obviously, I am talking about Kerbal Space Program (KSP), a sandbox-style space flight simulator, developed and published by the indie team Squad, from Mexico City. 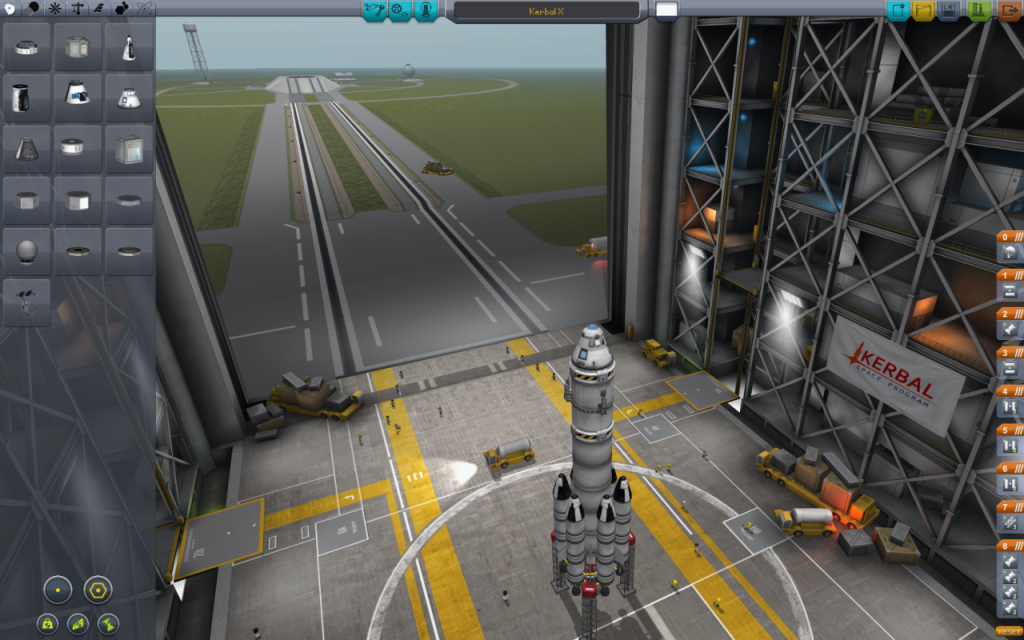 The rocket assembly facility in the game, where players can build up their launchers (Credits: Squad).

In KSP, the players have to create and manage their own space exploration program, which means design, build and flying spacecraft, ultimately trying to help the little green humanoids called Kerbals to conquer space. The Kerbals are the inhabitants of Kerbin, an Earth-like planet in a planetary system just like ours. They have a dream – exploring space. To achieve this dream, they will furnish the player with every kind of hardware needed to build rockets, probes, and spaceplanes, along with volunteers with a blind and sometimes misplaced trust in the engineering capacity of the player. Kerbals are space enthusiasts and players will never lack astronaut candidates for whatever space mission one can possibly imagine.

The core of the game consists of the construction of the space transportation system. Engines, tanks, wings, and other parts can be used in many different and sometimes intricate designs but if you are launching a crew capsule, please, do not forget the parachute system! Once the player has acquired the capacity to safely launching rockets, the space program can be fully developed creating, for example, a space station in low-Kerbin orbit where Kerbal astronauts can perform extravehicular activities. Alternatively, the player can decide to navigate and land probes and Kerbals on other celestial bodies. Possible targets can be the Kerbin’s satellite, Mun, the red rocky planet resembling Mars, Duna but also Moho, Eve, and the other bodies orbiting around Kerbol, the star of the system.

– Below, a nice tutorial to start with KSP (Courtesy of Scott Manley).

Kerbal Engineering: More Than A Game

Although the physics of the game is far from the multiple variables that a real space mission has to take into account, KSP has been praised for its representation of orbital mechanics and Newtonian dynamics. No fear, KSP does not need rocket science to be played, but the rockets require some thought in the building. There is real science at work in KSP and it can actually teach a bit about rockets, orbits, and space.

Being a sandbox game, KSP does not have a specific goal to accomplish and players are free to pursue their goals, even recreate historical milestone of the human space program, such as the Apollo program, the International Space Station, or Mars Science Laboratory. 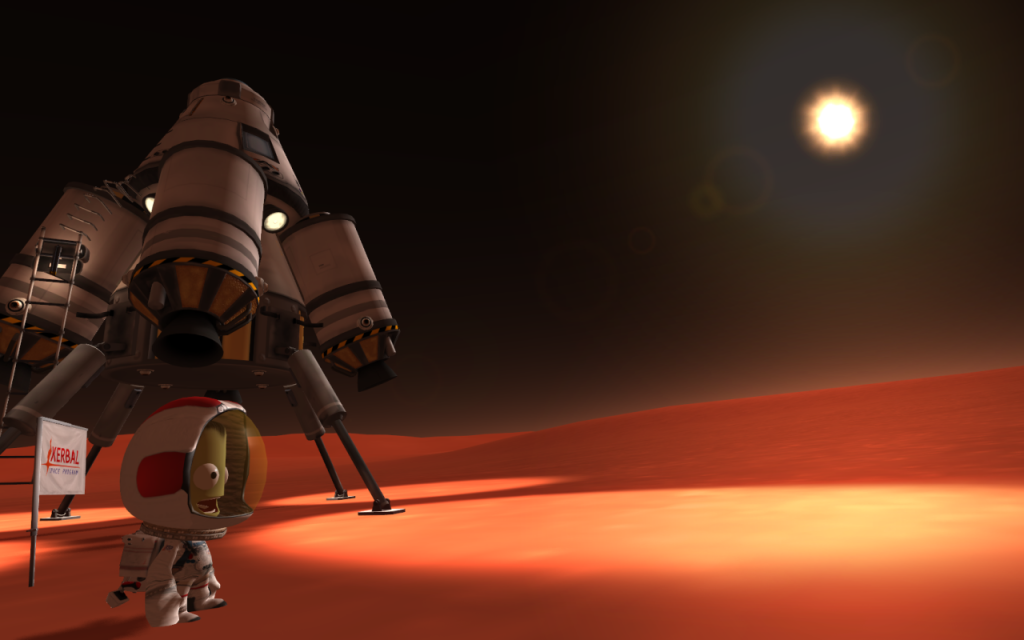 Bring a Kerbal to Duna and back within one month (Credits: Squad)

The Penny Arcade Report website interviewed Douglas Ellison, a visualization producer at NASA’s Jet Propulsion Laboratory (JPL), at the Electronic Entertainment Expo (E3). He revealed that half of JPL was playing KSP. “I’ve actually tried to land on Duna using the sky-crane method and I have killed many Kerbals along the way,” said Ellison.

NASA and SpaceX were present at E3 with a booth. While NASA was invited especially to do some public outreach, SpaceX was hunting talents for its software team. 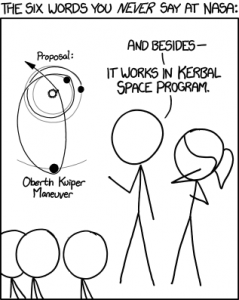 “Half of our software team is actually from the gaming industry,” said Keith Nicewarner, a robotics engineer at SpaceX. “At the end of the day, a lot of the problems are software problems, and you don’t need to know rocket science to solve them, we already have rocket scientists.”

The first version of KSP was released in summer 2011. The game’s sandbox mode is in a complete state but it is currently under heavy development and is improved on a regular basis, each time enabling more features. The development team has already announced upcoming features to include the career mode, damage from atmospheric friction, and a system for creating reusable spacecraft.  A free demo version of the game is available to download and play and the complete version is sold on the official KSP Store.

Are you playing KSP? Tell us where you have launched your Kerbals!