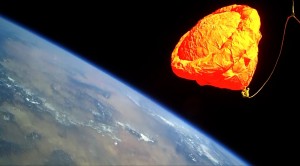 On July 26, Armadillo Aerospace’s Stig-B rocket became the thrid reusable launch vehicle to be licensed by the US Federal Aviation Administration.

Under the 1967 Outer Space Treaty, each country’s government is responsible for any space activities originiating from its terrorities. Such being the case, governments tend to be cautious with respect to the space activities they permit.

The Stig-B seems amply ready for the test. The rocket has undergone more than 200 low altitude test flights. Armadillo Aerospace expects to hold its first real test launch by the end of August.

“The licensing of Stig-B shows that such a vehicle is ready to fly and to start making money,” says Clark Lindsey of space industry blog HobbySpace.com.

The Stig-B is successor to the Stig-A which has spent the last year undergoing rigorous testing. The line, which is named after the driver in the British auto show Top Gear, is designed to enable a vertical take-off vertical landing reusable suborbital vehicle. The ultimate goal is to move from launching passengers into suborbital flight  to launching passengers in orbital spaceflight.

The company’s designed steer away from more traditional approaches, such as the increasingly popular spaceplane. They explain this approach as a preference for simplicity and reliability over elegance. “Wings simply add too much weight to a rocket that don’t do a thing through most of the flight,” says the company’s website. “And there are plenty of other ways to land safely than forcing your rocket to have so much dead weight and drag for so much of its flight. ”

Armadillo Aerospace isn’t putting a date on when they might be launching their first crew, but tickets are already available through Space Adventures for $102,000.

Below, the December 2011 test flight of Stig-A, reaching an altitude of 42 km: