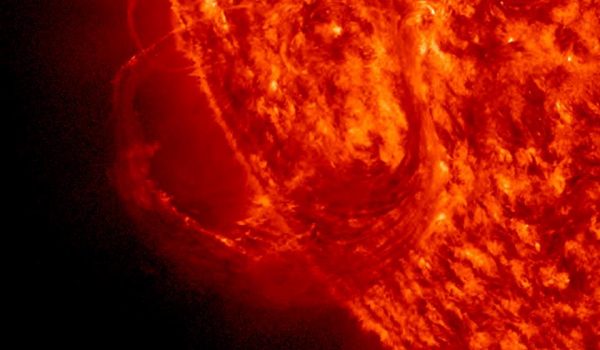 On January 31, NASA’s Solar Dynamics Observatory (SDO) captured a coronal mass ejection (CME) shooting Earthwards from the Sun. The CME was expected to reach Earth on February 2, but it was fairly mild and did not produce much in the way of effects. On February 2 itself, however, several strong solar radio emissions interfered with short wave radio transmissions. The emissions came from sunspot AR1667, which Spaceweather.com describes as “crackling with C-Class solar flares” and apparently staging for even stronger M-class eruptions, so stay tuned for more solar weather effects coming up.

Here is SDO’s recording of Thursday’s CME, which erupted from an unusual ring-shaped filament on the surface: