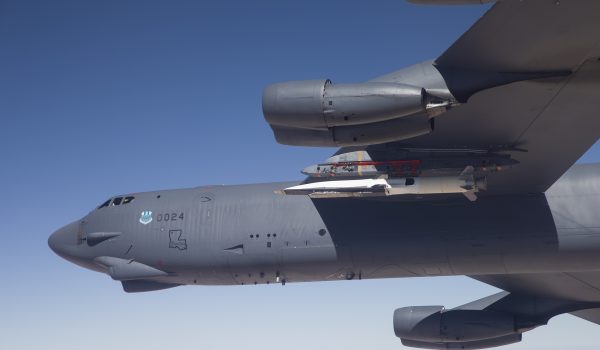 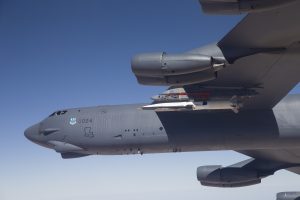 The final X-51A is released from its B52 carrier on May 1 (Credits: U.S. Air Force photo/Bobbi Zapka).

After a series of failures, the US Air Force successful testing its fourth and last Boeing-built X-51A Waverider. On May 1, Waverider was dropped from a B52H Stratofortress at 15,000 m, accelerated to Mach 4.8 using solid rocket boosters, then rode its scramjet engines to Mach 5.1. The Waverider now holds the world record for longest duration air-breather powered hypersonic flight, having used its entire 240 second scramjet fuel supply and collected 370 seconds of total flight data. As intended, the unit then cruised into the Pacific Ocean from which it is not expected to be recovered.

The Air Force does not plan to commission any further X-51As, but all involved appear pleased with the success of the endeavor. “I believe all we have learned from the X-51A Waverider will serve as the bedrock for future hypersonics research and ultimately the practical application of hypersonic flight,” said Air Force Research Lab program manager Charles Brink.

Watch the successful test flight below, courtesy of Boeing: