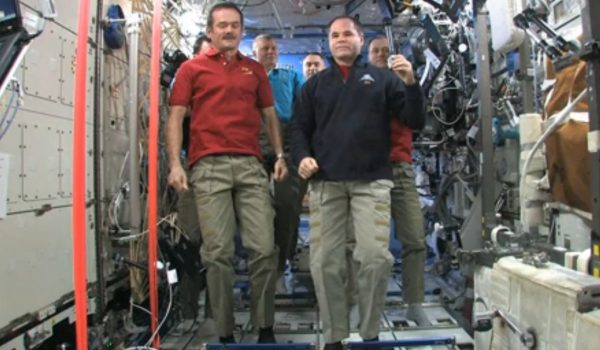 In preparation for the March 14 departure of ISS Commander Kevin Ford and Flight Engineers Oleg Novitskiy and Evgeny Tarelkin, Ford passed command of the station to Chris Hadfield on March 13. In honor of Hadfield, who is the second international commander of ISS, Ford played the Canadian national anthem, as the crew “stood” at attention.

Hadfield, astronaut Tom Marshburn and cosmonaut Roman Romanenko will be on their own from March 14 through 28 when the remainder of Expedition 35 will join them

Watch the Change of Command ceremony below: