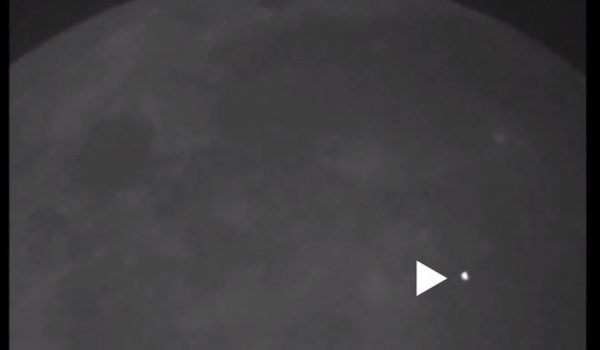 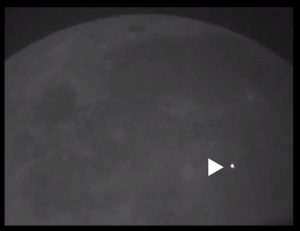 The March 17 lunar impact was equivalent in brightness to a magnitude 4 star (Credits: NASA).

On March 17, NASA lunar observing telescopes detected a meteorite crashing into the Moon’s surface. The impact – later estimated at the equivalent of 5 tons of TNT – was bright enough to easily see with the naked eye. Scientists from NASA’s Meteoroid Environment Office estimate the meteor was 40 kg, travelling at 90,000 km/hr. It left a 20 m crater on the surface.

The Moon’s surface is pockmarked with meteor-induced craters. Its lack of an atmosphere leaves the Moon more vulnerable to such impacts than Earth. For comparison, the Chelyabinsk meteor that made landfall in Russia on February 15 was 10 tons, travelling at 180,000 km/hr,  exploded with the force of 500 kilotons of TNT, and left a 3 m crater.

Despite the differences, however, keeping an eye on lunar meteor impacts is one of the ways scientists discover near Earth objects (NEO) that could one day threaten Earth. The March 17 meteor, for instance, was accompanied by space rocks that produced fireballs in Earth’s atmosphere. Indeed, the proximity of NEOs to Earth is frequently measured in lunar distances – anything that falls within one lunar distance is very close indeed.

Watch NASA’s ScienceCast video below for the full story of this brightest lunar impact: