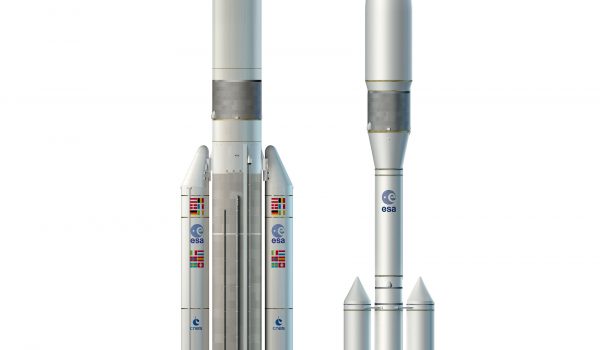 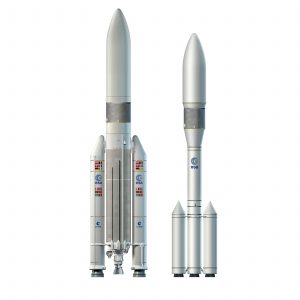 Stephane Israël, the new Chairman and CEO of Arianespace, is advocating for a modification of the Ariane 5 ECA launcher. The enhancement would give Ariane 5 ECA the capability of delivering larger satellites to orbit.

“Our analysis is that satellites are going to be more voluminous, so we need to gain a bit of space under the fairing,” said Israël in an interview with AFP.
According to Israël, the “fast-track adaptation” of the European heavy lift launcher would be available in less than two years, representing a “quick win” for Arianespace. The increment in the payload’s volume would enable Ariane 5 to handle larger electric-propelled satellites, one of the most promising areas of the satellite market, according to the company. The estimated cost would be on the order of several dozen million euros. The newly appointed CEO said also that the other priority is to speed-up the launch preparation time at Kourou, reducing the gap between operations from three to two weeks.

However, Israël has qualified that the plan still has to be discussed with Arianespace’s partners and shareholders and that the proposed “Ariane 5 ECA Adaptation” would not affect  future plans for the Ariane 5 ME and Ariane 6, finalized at the European Space Agency (ESA) ministerial council, in November 2012. The decision that came out from the council was a compromise between the two leading countries in ESA, France and Germany. While France was pushing for the smaller and cheaper Ariane 6, able to carry one or more payloads up to 6 tons, Germany supported the improved but more expensive Ariane 5 ME. Ariane 5 ME, where ME stands for Midlife Evolution, will be able to deliver 2 large satellites, up to 6 tons each, in different orbits thanks to the new Vinci engine. In the end, the ESA council decided to fund both projects, ensuring that Ariane 5 ME’s technology could be used also on Ariane 6, to cut down the development cost. Ariane 5 ME is expected to be ready in 2017 and its successor, Ariane 6, is supposed to make its maiden flight in 2021 or 2022.

However, the preliminary design of Ariane 6 with two solid-fueled stages topped by a cryogenic upper stage was criticized by the European Air & Space Academy, as reported by Space News. In a letter sent to ESA Director-General Jean-Jacques Dordain, the organization urged the agency to reopen the configuration studies, because the present Ariane 6 configuration would not offer enough flexibility to serve as Europe’s main launcher for the decades to come. The organization has suggested instead that a liquid-fueled version of Ariane 6 would provide the flexibility needed to compete in the future launch service market.