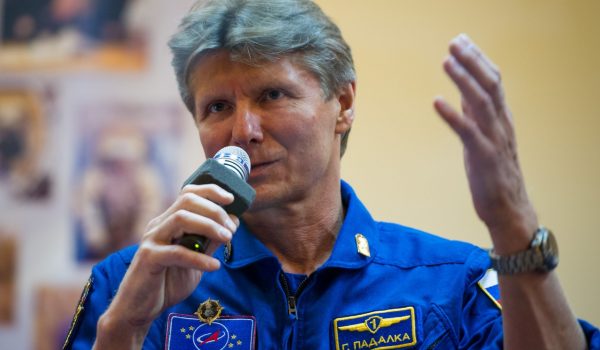 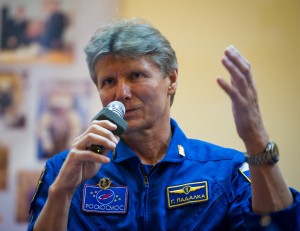 On September 28, the European Space Agency’s robotic cargo ship ATV-3 undocked from the International Space Station. The ship’s departure followed a series of delays that pushed it from its original date of September 25.

“Today, everything has worked to perfection,” NASA spokesman Rob Navias said during the agency’s live broadcast of the undocking.

That was not the case on September 25, when the undocking had to be called off due to a command not being relayed properly from ISS to ATV-3. A brief investigation determined that a faulty command code had been used and no hardware or software was impaired. However, the ship was further delayed by the passing of a couple pieces of space debris. There were fears that the debris would come within the demarcated danger zone of a collision with ISS and so ATV-3 was retained to provide a propulsive nudge encase an avoidance maneuver was needed. However, the debris passed harmlessly and ATV-3 was finally on its way on September 28. Now the ISS crew will have just a few days before the expected arrival of the next resupply vessel, SpaceX’s Dragon. The Falcon 9 that will launch Dragon to the station completed a hot fire of all nine engines on September 29 and is reportedly ready to fly.

While the three current ISS members have been busy managing departures, arrivals, and debris avoidance, some returned ISS crew have been making a stir here on Earth. Expedition 32 Commander Gennady Padalka is reported to have criticized Russian space technology and conditions in the Russian segment of ISS in the traditional post-landing press conference held on September 21. Padalka described living conditions aboard ISS as spartan – noisy, cold, and overcrowded. Cosmonauts live in approximately one seventh of the space allotted to astronauts in US modules. Although safe and reliable, Padalka described the equipment aboard the Russian segment as frozen in the last century, along with the rest of Russian space technology. He stated that it would be impossible to live aboard the Russian side of the station for one year assignments as has been discussed for future expeditions.

Padalka, who landed in his Soyuz capsule with fellow cosmonaut Sergei Revin and astronaut Joe Acaba on September 16, served as commander of ISS expeditions 9, 19, and 32. It is possible that he was willing to speak out regarding conditions on the station since he is unlikely to be assigned another spaceflight in any event and can therefore suffer limited repercussions. The political repercussions of his comments are not yet known, although English language Russian sources are not widely reporting them. It is possible, however, that Russian authorities are more willing to accept the criticism given the extremely troubled past couple years the Russian space program has endured. On September 21, Roscosmos chief Vladimir Popovkin said in comments to engineering students in Moscow: “We will become uncompetitive in the next three or four years if we don’t take urgent measures.”

In the meantime, two more cosmonauts make ready to make do with Russian inconveniences aboard ISS as the second half of Expedition 33 finalize preparations for their October 23 launch.

Below, a preview of the ATV-3’s atmospheric breakup and how it will be recorded: