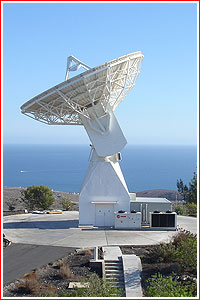 Following days without success in reestablishing contact with the ailing Phobos-Grunt, now in an uncontrolled decaying orbit, ESA announced on Dec 2 that the agency would cease efforts to contact the probe in order to devote resources to other missions. “In consultation and agreement with Phobos-Grunt mission managers, ESA engineers will end tracking support today,” said ESA agency officials. “ESA teams remain available to assist the Phobos-Grunt mission if indicated by any change in situation. “

ESA ground controllers had been trying to contact the probe for several days without success, upgrading ground stations in Perth, Australia and Maspalomas, Canary Islands especially for the effort. Both stations were equipped with “freehorn” antennas in order to communicate with the probe.

The likelihood of recovering the probe continues to decline, with no success in receiving telemetry from the $165-million probe. On November 29th and December 1st, NORAD tracked two objects that separated from the Phobos-Grunt probe and began rapidly losing altitude. Canadian satellite observer Ted Molzcan estimated from available radar tracking data that one of the pieces was approximately 10cm across and weighed 0.5kg. As of December 1st, at least one of the objects had reentered Earth’s atmosphere.

The loss of control of the Martian probe compounds other well-publicized failures by the Russian space program in the last 11 months, including four separate launch failures. On November 26th, a declaration by Russian president Dmitry Medvedev threatened disciplinary action, up to and including fines and jail time for those responsible for the recent failures, claiming they “seriously harm Russia’s competitiveness.”

Anatoly Zak of RussianSpaceWeb.com reported on November 29th that NASA had apparently been prevented from providing assistance to the probe, due to policy issues associated with the on-board Chinese Mars orbiter.