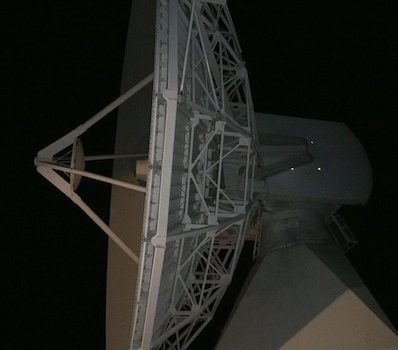 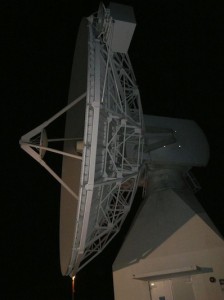 On November 22, at 20:25 GMT, an ESA tracking station in Perth, Australia made successful contact with the Phobos Grunt probe. “We have sent a command, and the probe has replied,” said an ESA spokesperson in Darmstadt, Germany, “Now it is clear that the Phobos Grunt is alive.”

Although the contact consisted only of the reception of a radio signal from the probe, and no useful telemetry was downloaded, the brief communication was the first successful attempt to contact the probe since communication was lost shortly after its launch on November 8th. If ground controllers can regain consistent communication with the probe, depending on the orbit of the probe and how soon communication can be re-established, mission may be salvageable for a trip to Phobos in 2013. At the very least, it could mean that the eventual reentry of the probe could be controlled to avoid reentering near a populated region.

Since the brief communication, no contact has been made with the probe. Rene Pischel, the head of ESA’s permanent office in Moscow, confirmed that another attempt to contact the Phobos Grunt would be made when it next passed over the Perth tracking station, in the evening of Nov 23rd.

The 15-ton Russian probe was intended to travel to the Martian moon of Phobos and return a sample of the moon’s soil to Earth. It also carries a Chinese Martian orbiter. Shortly after launch, its engines failed to fire and place in the correct transfer orbit, and communication with the probe was lost, prompting concerns that should it reenter the atmosphere, its hydrazine fuel and heat-resistant reentry capsule could present a danger to people on the ground.

The video below shows an animation of the intended Phobos Grunt mission profile.
[youtube http://www.youtube.com/watch?v=FVVUEk-mueg&w=420&h=315]