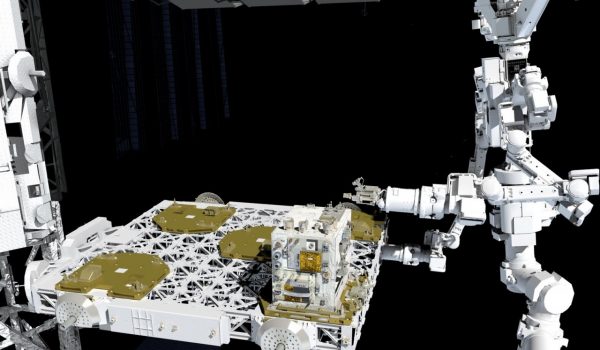 The Robotic Refueling Mission (RRM) experiment, a satellite servicing test platform developed by NASA’s Goddard Space Flight Center in Greenbelt, Maryland, will be launched on STS-135, the last ever mission of the Space Shuttle. The Robotic Refueling Mission is a risk reduction mission to test tools, technologies and techniques to repair and refuel satellites in space, whether or not they have been specifically designed to be serviced. When a satellite is launched into orbit, it carries onboard the fuel necessary to run the entire mission. A satellite mission ends when the fuel is over, even if the remaining hardware is operationaland capable to work further. Satellite servicing has the potential to extend a satellite’s operational life, bringing more value to the initial investment. It can also allow recovering a satellite launched in the wrong orbit or provide the fuel needed to dispose an obsolete one, helping reducing the problem of space debris. According to NASA, robotic refueling combined with a fuel depot would also allow expanding the extent of space exploration. Orbital refueling would in fact allow launching a spacecraft dry, thus allowing packing a larger amount of mission related hardware, equipment and capabilities at launch. 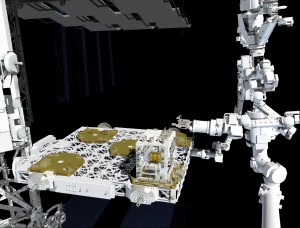 The RRM experiment will be performed outside of the International Space Station, making use of the Special Purpose Dexterous Manipulator (Dextre) – a two-armed robot developed by the CSA – complemented by a set of interfaces called “representative satellite fueling interfaces”, a fluid transfer system and four robotic tools: the Wire Cutter and Blanket Manipulation Tool, the Safety Cap Removal Tool, the Multifunction Tool, and the Nozzle Tool. A satellite fuel tank is filled through a valve that is then triple-sealed and covered with a protective blanket. The goal of the RRM is to demonstrate that a remote-controlled robot can remove the seal and refuel a satellite in space, a task that so far has been performed only in labs on Earth. Dextre will use the robotic tools to manipulate Multi-Layer Insulation (MLI), remove caps, cut wires, hook up and seal to the fuel valve, and transfer fuel from one tank to another. The valve will be modified in order to allow subsequent accesses. Additional task boards will allow Dextre to perform other servicing tasks and to evaluate machine vision algorithms. RRM operations will be entirely remote controlled from Earth by flight controllers at the various flight centers involved in the experiment. The validation of a complete end-to-end refueling demonstration will paw the way to a comprehensive satellite servicing spacecraft design. According to NASA, the first actual satellite servicing mission could be performed by May 2013 on a weather satellite slated to be decommissioned.