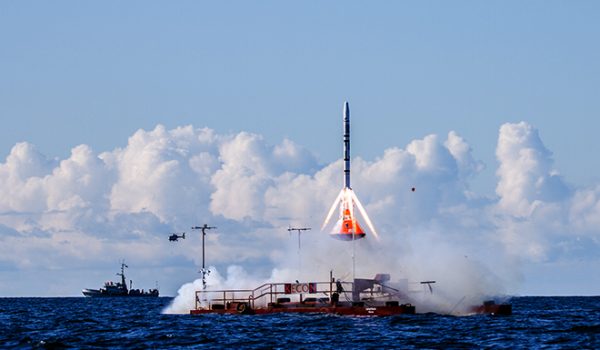 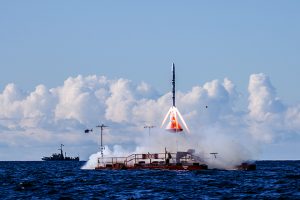 On August 12, Copenhagen Suborbitals conducted a scheduled test of their Tycho Deep Space Capsule launch escape system. The launch went according to plan, but not so the landing. The spacecraft went into a tumble before dropping the capsule into the Baltic Sea at shield-crunching speeds.

“We had perfect launch, but quickly the entire configuration began to tumble,” said Kristian von Bengtson, co-founder of Copenhagen Suborbitals. “The main chutes clearly did not have complete deployment and the capsule hit water in high speed, buckling the bottom shield.”

Copenhagen Suborbitals is a do-it-yourself initiative that was started in 2008 to send its founders – von Bengston and Peter Madsen – to space. All components are built from their own designs, with the help of volunteers and fueled by donations. Following their July 27 test of the unmanned two stage SMARAGD-1 which went slightly off plan when the nose cone snapped, von Bengtson expressed reservations about the then-upcoming launch escape system. Among the problems he highlighted was the ability of the 8 meter craft to hold together if the trajectory were to go into a tumble, which is pretty much what happened in the live test.  As von Bengston summarized in a blog posting on August 9: “Odds for a perfect mission? Mmm.. 50%… OK let’s say 60%.. 62%…20%….80%… aargh, heck I don’t know…” 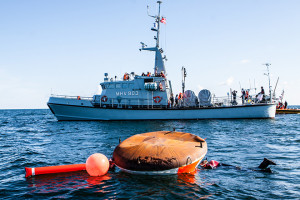 The launch took place in the Baltic Sea from aboard a floating launch pad called Sputnik. The capsule, named Beautiful Betty, contained a dummy as well as instrumentation to monitor the test. As the craft began to tumble, von Bengston resisted the urge to separate the escape system manually due to the danger of it hitting their observation ship. As a result, the main parachutes did not get the 400 m they needed to deploy correctly.

The dummy, instruments, and most of the capsule remained intact despite impacting the water at high enough speeds to buckle the capsule’s heat shield. Copenhagen Suborbitals is still analyzing the data, but already have a hypothesis that the centers of pressure and gravity got too close too each other as the rocket burnt through its propellant,a state that would induce a similar tumbling behaviour to that seen in the test. All-in-all, the group is glad that they at least have data to work with to help understand what happened – unlike their last test when all instrumentation was lost with their nose cone.  “From a long list of things that could have gone wrong, we are very satisfied,” says von Bengston.

Watch the complete test below: