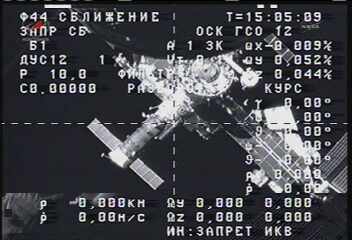 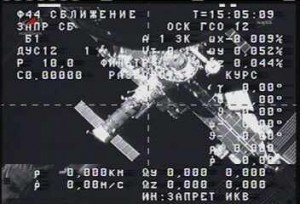 Russian ISS cosmonauts Pavel Vinogradov and Roman Romanenko have been preparing for a six-hour spacewalk. The two cosmonauts will go outside the station at 10:06 a.m. EDT on April 19. The extra vehicular activity was scheduled to deploy and retrieve several science experiments and install a new navigational aid. As part of the preparation, Vinogradov and Romanenko have installed lights and tool belts to their Russian Orlan-MK spacesuits and have reviewed the specialist’s procedures with the Russian Mission Control Center in Star City.

Vinogradov and Romanenko are part of Expedition 35, which is commanded by Canadian astronaut Chris Hadfield. The other members of the expedition are Flight Engineers Thomas Mashburn, Christopher Cassidy and Aleksandr Misurkin, who is conducting his first spaceflight.

Meanwhile, as the EVA preparations commence, the automated Russian cargo ship, Progress 49, has successfully undocked from the space station.

“The ISS Progress 49 resupply ship undocked from the rear port of the station’s Zvezda service module at 8:02 a.m. after more than five months at the orbiting complex,” reported a NSA statement on April 15. “At the time of undocking the station was flying 257 statute miles over northern China.”

The Progress cargo ship cleared the way for the arrival of Progress 51, containing the next Russian cargo, loaded with more than 3 tons of food, fuel, supplies and experiment hardware, which is scheduled to arrive on April 24. Progress 49 reached the space station in a nearly-six-hour flight instead of the typical two-day flight, delivering about three tons of supplies, last October. Progress 49 will re-enter Earth’s atmosphere on Sunday April 21, and will burn up over the Pacific Ocean. Since Progress resupply ships are not designed to be recovered, the craft was loaded only with trash and station discards, which will burn up on re-entry.