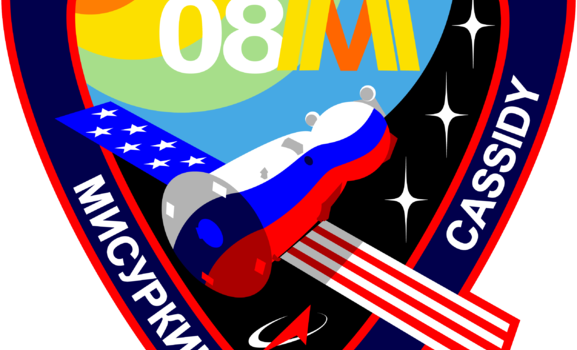 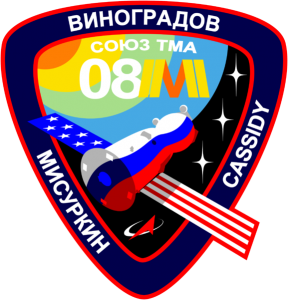 Soyuz TMA-08M mission patch, designed with the input of the crew (Credits: SpacePatches.nl).

On March 28, Russia’s Soyuz TMA-08M made history, reaching the International Space Station (ISS) faster than any other manned spacecraft has ever done before. The crew reached ISS without a glitch in just under six hours from launch, with only four orbits.

“The four-orbit rendezvous has the advantage of a very short period of time from launch to docking,” said Mike Suffredini, NASA’s International Space Station program manager. “It reduces the amount of time the crew has to spend in a small environment before they get to ISS.”

A similar journey was carried out before by the recent unmanned Progress 50 cargo, but never by a crew. The new crew is composed of NASA astronaut Chris Cassidy and Russian cosmonauts Alexander Misurkin and Pavel Vinogradov. Before the development of this quicker trajectory, NASA and Roscomos have always used a 2-day route, dating back to the beginning of ISS manned program, in October 2000.

Cassidy, Misurkin, and Vinogradov joined commander Chris Hadfield, Roman Romanenko, and Tom Marshburn of Expedition 35 for six months. Along with science experiments, space station maintenance, and tasks connected to an upcoming ATV visit, they will also perform six spacewalks. The spacewalks have been planned to install scientific equipments outside the station. Cassidy and Vinogradov are veterans, having flown respectively on STS-126 and Soyuz TM-26 and TMA-8, while Misurkin is enjoying his first experience in space.

Hadfield, Romanenko, and Marshburn will stay on the orbiting station until May 2013, when they will be replaced  by Expedition 36/37: American Karen Nyberg, Russian Fyodor Yurchicikin, and Italian Luca Parmitano.