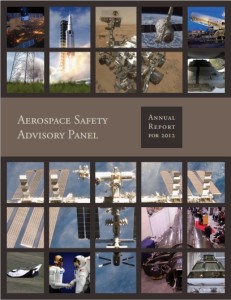 Ever since the loss of the Space Shuttle Columbia on February 1, 2003, the US Congress has required an annual report to be delivered on the state of NASA programs’ safety. On January 9, the Aerospace Safety Advisory Panel delivered that report, constructed based on direct observations, discussions, and meetings by the panel members.

Panel Chair VADM Joseph W. Dyer US Navy (Ret.) highlighted two major concerns that the panel identified this year: funding uncertainty and the Commercial Crew Program (CCP). The two concerns are related in that the panel fears NASA to be taking certain shortcuts in the CCP in order to adapt to the agency’s constant state of uncertainty regarding funding availability and a steady tattoo of funding cuts over recent years. Dyer points out in his letter to Congressional leaders one such shortcut: the plan to have CCP partners test their spacecraft using private astronauts before risking NASA astronauts. “There is risk this optional, orbital flight-test demonstration with a non-NASA crew could yield two standards of safety,” said Dyer, “one
reflecting NASA requirements, and one with a higher risk set of commercial requirements.”

Read the full report below: