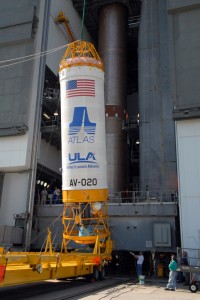 Consequently, greater emphasis is now being placed internationally on curtailing the uncontrolled reentry of launch vehicle stages. For example, the second stage of the launch vehicle which carried the ill-fated Phobos-Grunt spacecraft to a low Earth orbit in November 2011 reentered in an uncontrolled manner 2 weeks later with a dry mass greater than the combined masses of the UARS and ROSAT spacecraft, whose reentries garnered headlines around the world just 2 months earlier.

Historically, launch vehicle stages also represent the majority of reentry debris recovered each year around the world. Several launch vehicle orbital stages are known to exceed a human casualty risk of 1 in 10,000, a standard adopted by organizations in the U.S., Europe, and Japan.

In turn, the greater awareness of reentry risks has led launch vehicle operators to increasingly examine and, where feasible, adopt either controlled reentry profiles or the use of disposal orbits above 2000 km, from which orbital decay intervals are measured in millennia. For missions to low Earth orbit (LEO), controlled reentries are almost always more efficient than high altitude disposal orbits, although in 2009 an Atlas V Centaur stage was sent on an Earth escape trajectory after deploying a meteorological satellite in LEO, in part, to satisfy secondary objectives.

From 2006 through 2010, controlled reentries of launch vehicle upper stages were rare, averaging only one per year. However, in 2011 a record number of launch vehicle stages – eight in all – were intentionally placed on destructive paths over broad ocean areas. Moreover, these missions included stages from the United States, France, Japan, and the Russian Federation. The previous year China deliberately reentered stages from two different space missions. Plans are currently being made for a controlled reentry later this year for the Atlas V Centaur stage to be used to support NASA’s Radiation Belt Storm Probes mission.

In the video below, artist depiction of the impact of a Centaur upper stage on the LCROSS mission.