The last agreement between NASA and the ISA was signed in 1996 and remained in effect until 2005.  The two sides agreed that now is the right time to renew their commitment to their mutual cooperation.  The new agreement, which is more far-reaching and in-depth than its predecessor, will enable NASA and ISA to cooperate in the exploration and research of space for the betterment of mankind and for peaceful use.

Among the potential areas of cooperation enabled by this agreement are: joint missions, personnel and scientific data exchanges, ground-based research facilities, space exploration and operations missions, joint workshops and meetings, scientific instruments onboard aircraft and spacecraft, sounding rocket and scientific balloon flights, space communications, educational outreach, and other spacecraft and space research platforms.  The goal of the agreement is to provide the framework for discussions of areas of cooperation between the agencies which could then lead to more specific agreements between the two sides. 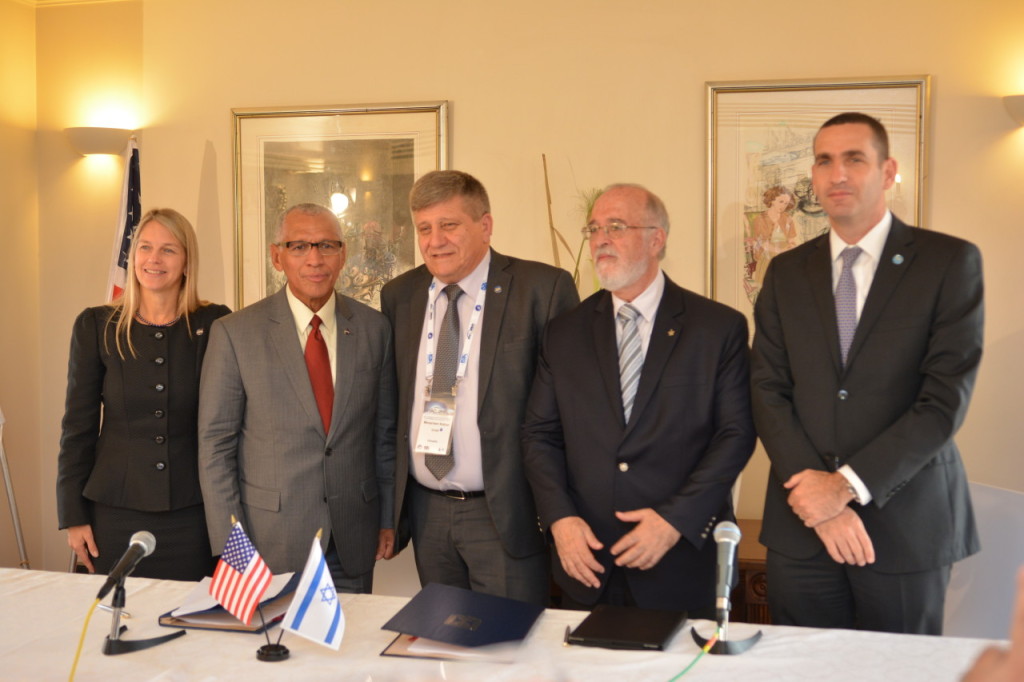 “The implications of this agreement for Israel’s space and scientific communities are tremendous,” said the Minister of Science, Technology and Space Ofir Akunis.  “The agreement provides us a platform for mutual cooperation between the Israeli and American space agencies and thus allows the science communities in both our counties important access to projects that offer the promise of significant development and growth in the years ahead.”

Menachem Kidron, the Director General of the ISA, welcomed the agreement saying “Through the close collaboration of our two agencies we are blessed to have reached this agreement and we both intend to implement it by working together on research and technology projects of mutual interest and concern.”

“Our two countries have had a long history of cooperation in space exploration, scientific discovery and research, and we look forward to the opportunities this new agreement provides us to build upon this partnership,” said NASA Administrator Charles Bolden.

In recent months NASA has made a series of groundbreaking announcements, including the existence of liquid water on Mars, the discovery of exoplanet 452B, which is very similar to Earth and the successful arrival at Pluto of the New Horizons spacecraft.