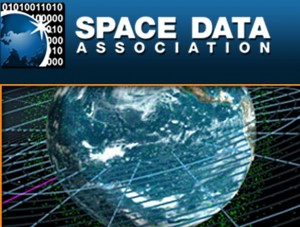 The Space Data Association released the following statement on August 8, 2012:

The Space Data Association (SDA), established by commercial satellite operators to improve the safety and efficiency of space operations, today announced that the National Aeronautics and Space Administration has signed an agreement with the SDA to use the SDA’s services.  NASA is a United States government agency that is responsible for science and technology related to air and space and was created in 1958 to oversee U.S. space exploration and aeronautics research. NASA’s robotic space probes have visited every planet in the solar system and several other celestial bodies. Its telescopes have allowed scientists to look at the far reaches of space. Finally, NASA’s satellites have revealed a wealth of data about Earth, resulting in valuable information such as a better understanding of weather patterns.

The SDA seeks the participation of all satellite operators globally and NASA’s participation
represents a critical milestone for SDA and recognition by a preeminent space agency that
NASA can improve their safety of flight by participating in Space Data Center operations.
SDA Chairman Stewart Sanders said, ‘This agreement with NASA demonstrates that even the
most advanced government space operators recognize  SDA now provides important and
valuable services to manage operational risk.  SDA will continue to invite participation by
other governmental, commercial, and intergovernmental operators as we promote safe and
responsible operations and preservation of the space environment.’

About SDA
The Space Data Association Limited (SDA) is a non-profit international association of satellite operators that supports the controlled, reliable and efficient sharing of data critical to the safety and integrity of the space environment and the RF spectrum. It maintains the Space Data Center, a database of high-accuracy orbital information, which is operated by Analytical Graphics, Inc. (AGI) of Exton, PA. Established in the Isle of Man, its executive members are Eutelsat, Inmarsat, Intelsat  and SES.  The SDA is open to all satellite operators and other participants.  Membership information can be found at http://www.space-data.org/.