It was not until the day that the Space Shuttle Discovery entered the Smithsonian Air and Space Museum that I realized that I took my best images of this orbiter exactly 2 years earlier, precisely on April 19, 2010. I will never forget those very favorable high passes of Discovery on the STS-131 mission, when it returned from the ISS  after undocking  on 17 April 2010 12:52 UTC, with a crew formed by astronaut James Dutton, Alan Poindexter, Rick Mastracchio, Stephanie Wilson, Dorothy Metcalf-Lindenburger, Naoko Yamazaki (JAXA) and Clayton Anderson.

The Discovery was originally scheduled for landing on April 19, but both landing opportunities on that day were waved off due to bad weather at the Kennedy Space Center, so o 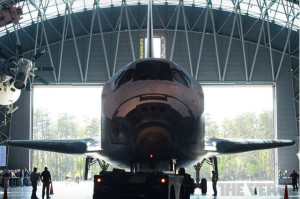 n the following day, April 20, the Shuttle could be observed again.

The sky was clear for several days during the visible passes, which is not common in the Netherlands, where my observations take place. I had been waiting for such high Shuttle passes during clear air for several years. Back at that time, the sky had a very high concentration of dust particles in the air due to eruptions of the Eyjafjallajökull volcano in Iceland. For several days, the concentration was so high that the entire air traffic over the region was shut down, and no planes could be seen during the whole day and night.

It was a very rare sight to see the sky without any contrails by day or flickering lights by night. It was a great chance to to observe a Space Shuttle in air conditions cleaner then usual. For once it appeared that all required factors for successful astrophotography met together, and the resulting images proved it. The obtained image resolution of the best frames from the April 19 imaging session must be among the best ever obtained with amateur equipment. The open Payload Bay Doors reveal a view on the primary payload of STS-131 mission: the Multi-Purpose Logistics Module (MPLM) Leonardo, now permanently attached to the ISS (by the  STS-133 mission in March 2011). The images show detail like the cockpit windows or the NASA emblem on the left wing. 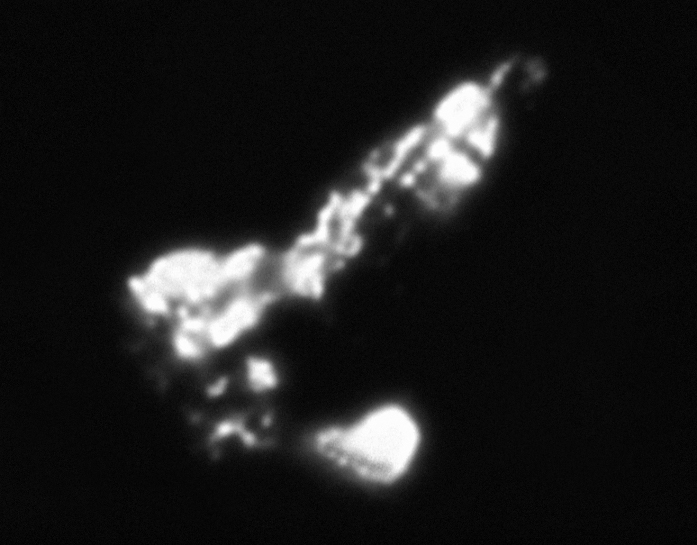