As the number of space debris in Low Earth Orbit (LEO) increases year by year, it is becoming a major environmental concern for safe access to space. Presently the density of debris in LEO has reached to a critical level that could possibly lead to unrestrained growth. The rate at which new debris are created is faster than the rate at which debris decay. Although natural decay of the space debris due to presence of atmosphere helps regulate the overall population of space debris – it is slow. Hence active debris removal is necessary to address this problem .

A way to efficiently increase the rate of decay is to lower the perigee altitude. The increase in atmospheric drag leads to reentry, fragmentation and destruction of the spacecraft through thermal and deceleration loads. This type of reentry is termed “uncontrolled reentry”, as there is no control over the trajectory of the falling through atmosphere.

Most of the debris burn during the reentry. Some survive and impact the ground. This factor has been a problem in particular with large space structures such as Skylab and MIR space stations, and the satellites containing radioactive or other toxic materials. 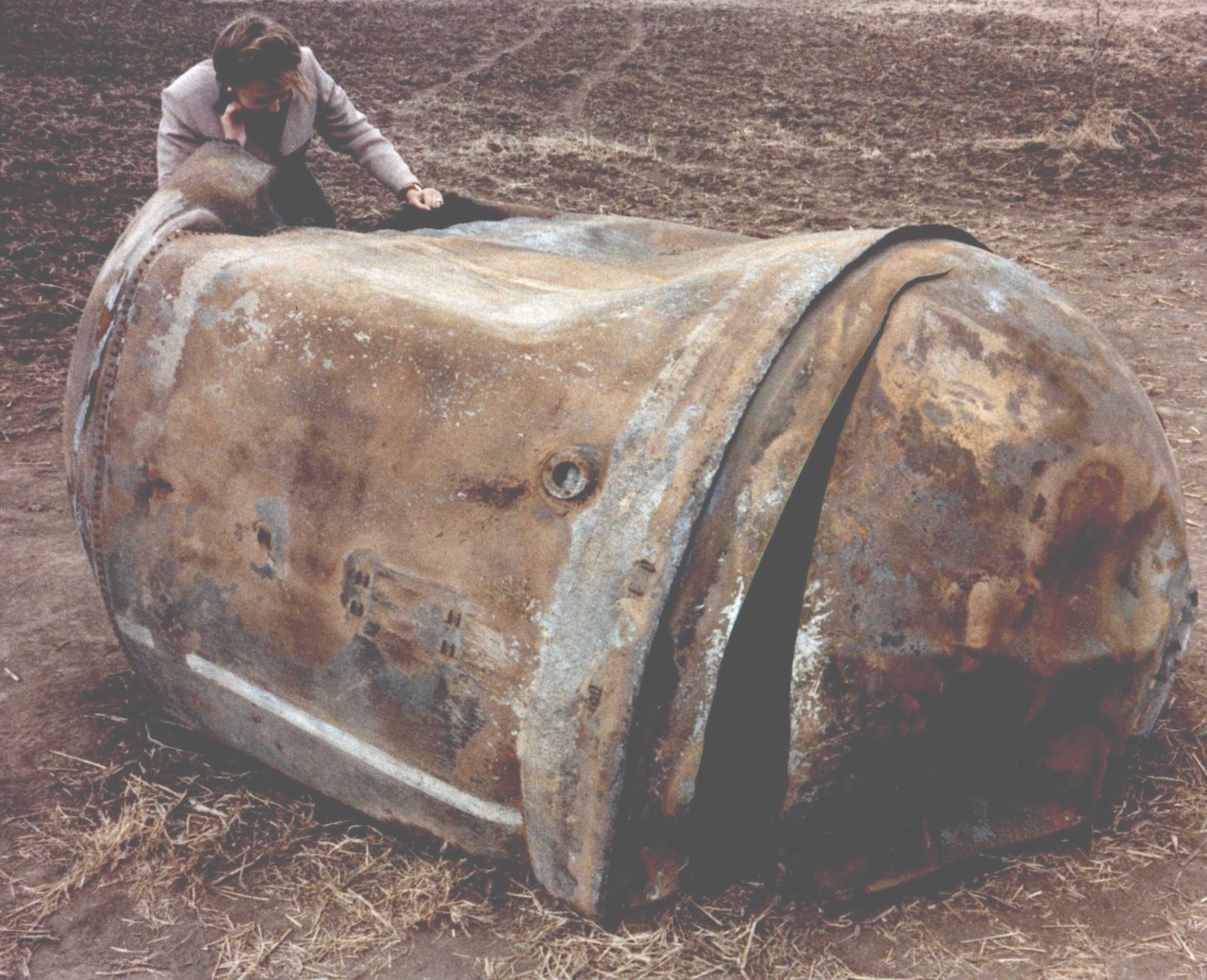 Main propellant tank of the second stage of a Delta 2 launch vehicle which landed near Georgetown, TX (Year – 1997), which weighs about 250 kg tank. Credits: NASA

Space agencies use mathematical models to predict the survivability of space objects during reentry. Present models do not provide accurate survivability prediction as our understanding of reentry of space objects is limited, and we lack adequate tracking data for establishing the possible reentry trajectory for a given object. Survivability of the debris directly relates to the probability of casualty on earth, and hence accurate prediction of survivability is necessary in deciding if uncontrolled reentry is acceptable or not. There are other contributing factors that increase probability of casualty yearly, mainly the growth in global human population, and the increase in number of flights per year.

For these reasons, it is vital to improve our understanding of reentry, something that will further help us developing better and more accurate reentry models that can predict survivability of spacecraft.

In the 70s the USA built and launched a series of spacecraft just for the purpose of reentry into the atmosphere to study their fragmentation and demise. Following that, the research on destructive reentry was quiet for almost four decades until European Space Agency’s Independent Safety Office along with partner institutes launched reentry observation campaign in 2008 on the Automated Transfer Vehicle (ATV).

“There was truly no tool that was fulfilling our need to calculate the survivability at that time” says Mr. Tommaso Sgobba, former Head of the Independent Flight Safety and Planetary Protection Office for the European Space Agency.

The campaign was aimed to observe reentry from a nearby DC-8 aircraft that flew along the reentry trajectory to determine how ATV breaks up as it passes through the Earth’s atmosphere. The observation campaign provided invaluable insights on the spacecraft breakup process. The campaign served to validate computer modeling against actual vehicle breakup. 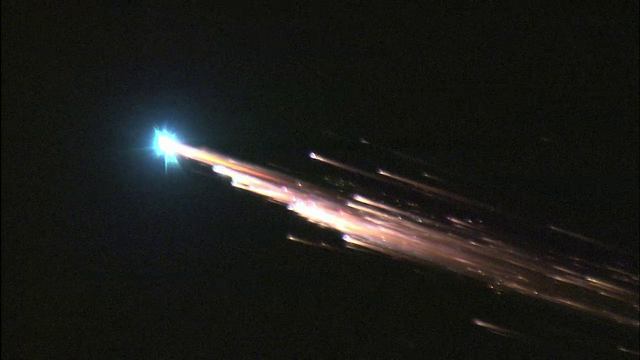 Reentry Observation Campaign was also launched for ESA’s last and final ATV (ATV-5), which left international space station and plunged to earth on February 15th. Shallow reentry was planned for the ATV 5, but a loss of power chain on board ATV forced the project to perform a regular reentry. With shallow dive the reentry duration is longer, and larger debris dispersion can be achieved, an important requirement for large space structures such as the International Space Station (ISS).

ATV-5 was to carry NASA’s ReEntry Breakup Recorder (REBR) onboard, but as shallow reentry was cancelled, NASA decided to remove REBR from ATV -5 and store it on board ISS. NASA will utilize REBR for future reentry using ISS’ other logistics vehicles.

Indeed, ATV-5 carried ESA’s Break-Up Camera (BUC) inside a miniature heat shield to survive the heat and aerodynamic loads during reentry. Although telemetry suggested that camera took pictures, the images were not received on the ground.

“While teams are sincerely disappointed not to conduct the planned shallow reentry, the revised plan doesn’t alter the program’s overall success,” said ATV-5 mission manager Massimo Cislaghi in a statement from ESA. 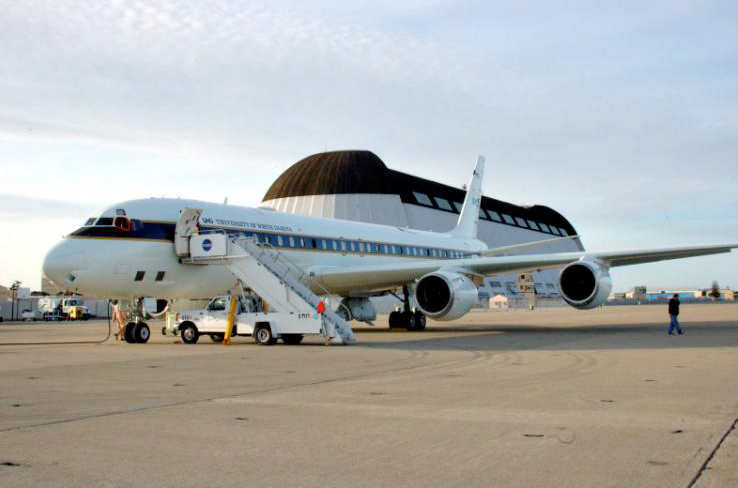 Collected data will not only be used to validate computer reentry models, but also on how a large spacecraft like the ATV responds to the intense thermal and aerodynamic loads during reentry – which will help planning the destruction of ISS at the end of its operational life (currently planned for 2024). ISS has a mass of more than 450 tons, and its dimensions are larger than a full sized soccer field. Its destruction, therefore, will require careful mission planning.

“This can not be done by autonomous system of space station, but it needs space ship such as Progress to give required delta V,” says Sgobba. “Reentry of the space station will not be so steep as the one generally used for reentry, it will be more shallow. When you make shallow reentry it requires longer time, and hence it generates more thermal and mechanical loads helping in demise of large space objects.”

European ATV didn’t only serve as a cargo vessel to International Space Station but also contributed in developing the knowledge of destructive reentry. These objectives made ATV-5 reentry the most-closely watched and studied reentry ever. 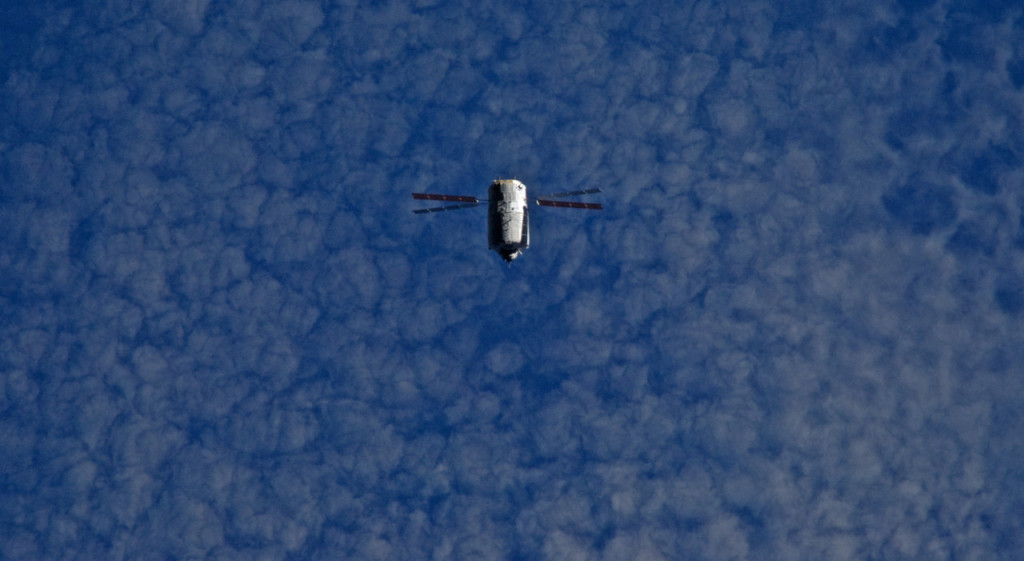