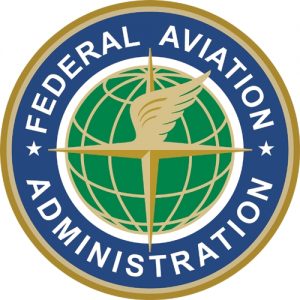 The Federal Aviation Administration (FAA) took the unusual step of issuing a NOTAM on September 24, 2011, as NASA UARS satellite was approaching Earth’s atmosphere. NOTAM is the quasi-acronym for a “Notice To Airmen”. A NOTAM is filed with an aviation authority to alert aircraft pilots about an hazards over a certain route to a specific location. NOTAMs are then disseminated to pilots. The notice was issued as a general warning to all pilot’s about possible space debris, and warns to exercise caution during flight during the effective period.

!FDC 1/2720 FDC .. SPECIAL NOTICE .. EFFECTIVE IMMEDIATELY UNTIL 1109252359 UTC. AIRCRAFT ARE ADVISED THAT A POTENTIAL HAZARD MAY OCCUR DUE TO REENTRY OF SATELLITE UARS INTO THE EARTH’S ATMOSPHERE. FAA IS WORKING WITH THE DEPARTMENT OF DEFENSE AND NASA TO ENSURE THE MOST CURRENT RE-ENTRY INFORMATION IS PROVIDED TO OPERATORS AS QUICKLY AS POSSIBLE. FURTHER NOTAMS WILL BE ISSUED IF SPECIFIC INFORMATION BECOMES AVAILABLE INDICATING A UNITED STATES AIRSPACE IMPACT. IN THE INTEREST OF FLIGHT SAFETY, IT IS CRITICAL THAT ALL PILOTS/FLIGHT CREW MEMBERS REPORT ANY OBSERVED FALLING SPACE DEBRIS TO THE APPROPRIATE ATC FACILITY AND INCLUDE POSITION, ALTITUDE, TIME, AND DIRECTION OF DEBRIS OBSERVED. THE DOMESTIC EVENTS NETWORK /DEN/ TELEPHONE 202-493-5107, IS THE FAA COORDINATION FACILITY.

This is an unusual step for FAA: NOTAMs are in fact usually issued for controlled re-entry, but not for uncontrolled re-entry. While the risk of an aircraft being struck in flight is remote, the consequences would be catastrophic. So far, no such collision has been reported, while there is at least one account of debris hitting a person.