Lottie Williams shows the piece of debris that hit her (Credits: Tulsa World).

US website Aerospace reports the story of Lottie Williams, the only human being who has been hit so far by an orbital debris: “Reportedly, only one individual has been struck by debris from a reentering spacecraft’s. Lottie Williams of Tulsa, Oklahoma reported that she was struck on the shoulder while walking. The timing and location were consistent with debris from the Delta second stage reentry from which debris was recovered several hundred miles away in Texas. The debris that struck Ms. Williams has not been examined to confirm its origin.”

According to Space.com “The debris was later confirmed to have been part of a fuel tank from a Delta 2 rocket, and other pieces of the booster were recovered several hundred miles away in Texas.” 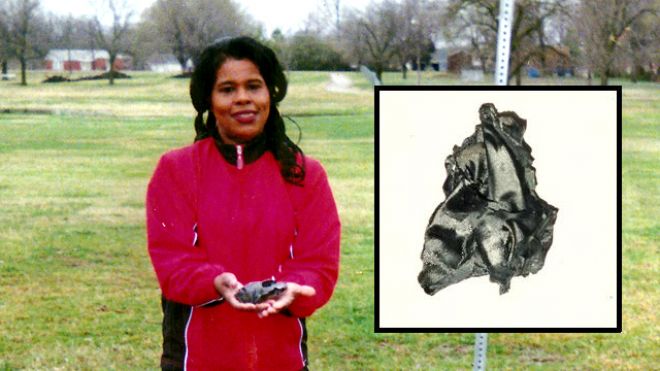