The French Space Agency CNES has developed a concept for in-orbit collision risks mitigation known as Conjunction Analysis and Evaluation Service: Alerts and Recommendations, or CAESAR. The objective of CAESAR is to provide satellite operators with warnings and support services to prevent a possible collision in space.

Debris orbiting Earth pose great risk to the operating satellites and other space objects, and the continuous increase in debris population increases the probability of a collision. The devastation that space debris may cause isn’t too far from the depiction shown in the award winning movie “Gravity,” although real life is a tad less dramatic.

February 10th 2009 marked the first accidental satellite collision in space, resulting in the destruction of operational satellite Iridium-33 (US telecommunication satellite) and out of service Cosmos-2251 (Russian telecommunication satellite). Following that event, the US Joint Space Operations Center (JSpOC) located at Vandenberg Air Force Base, California, started to predict close approaches for all operational satellites using its network of ground and space-based surveillance sensors, and to inform operators worldwide of possible impending risks. The notices provided by JSpOC on Space-Track.org since July 2010 are called Conjunction Summary Messages (CSMs) and they consist of complete information to assess the risk level of a close approach. 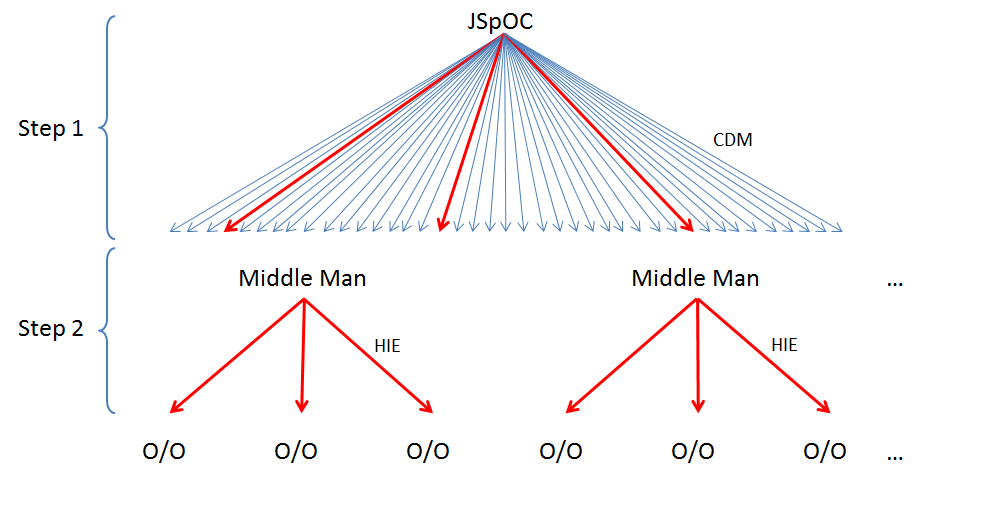 Schematic illustrating the middle-man concept between JSpOC and Owners/Operators (O/O), where HIE stands for High Interest Events and CDM is the new CSM format (Credits: CNES).

JSpOC provides CSMs without any agreement with operators, based on emergency criteria that: two objects are “quite close” and time of close approach is within 3 days. With a cooperative agreement in place, CAESAR gets CSMs based on wider criteria up to 7 days before time of close approach. CSMs are advisory and informational messages only, so the satellite operators still need to analyze the CSMs and decide if a collision avoidance maneuver is required according to their own risk acceptance level; this procedure is known as conjunction assessment. Conjunction assessment is very complex to perform, and requires dedicated software and highly trained man-power which has to be available 24×7.

“CSM has lots of data so we started developing tools dedicated to work with CSMs in order to evaluate level of risk. Each operator can get quite a lot of CSMs even for a single conjunction; it means that all the data has to be analyzed quickly,” says Monique Moury, the Head of Operational Flight Dynamics Office, CNES Toulouse. 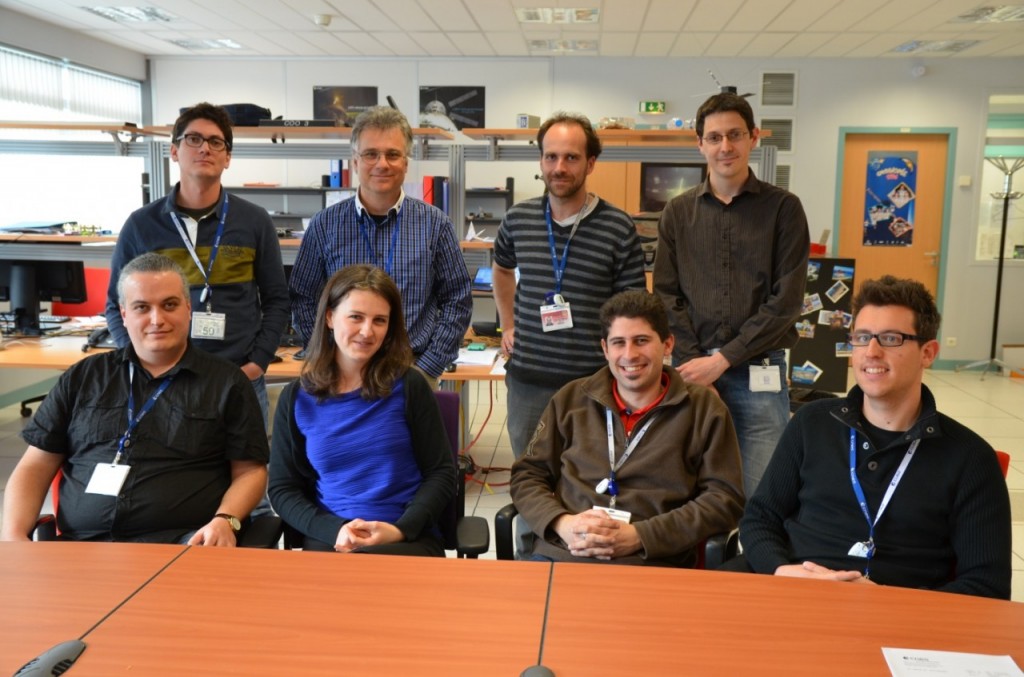 That’s where CNES comes into the picture. CAESAR is the middle-man concept developed by CNES to support satellite operators in conjunction assessment. The goal is to help operators to avoid the avoidable. Operators who subscribe to CAESAR services receive notification only when avoidance action has to be considered based on their individual risk criteria, which saves lots of resources on the operators’ side.

The subscription service is only a couple years old – at first, CAESAR just analyzed conjunctions for the satellites it operated in-house. “We decided to make it available even for the satellite which are not controlled at CNES, we had our first external subscriber in September 2012,” recounts Moury.

At present, only one other commercial conjunction analysis service exists:  NASA’s Conjunction Assessment Risk Analysis (CARA). CARA and CAESAR work closely in-order to provide the cost-effective  service to satellite operators, with CARA serving about 60 and CAESAR serving about 20 operating satellites.

The CAESAR team plans to improve the overall process by making its forecasts as efficient and accurate as possible. “It’s always the improvement of the process, for instance perform in-house screening, and increase dialogue with JSpOC for accurate conjunction analysis, ” explains Moury. One update certain to be in CAESAR’s future will be the change from CSM to the  new internationally approved Conjunction Data Message (CDM) format. Space-Track.org is ending its CSM support as of 23 June 2014 . The CAESAR team can also look forward to  providing space-tracking capacity for the European commission as demand for its services expands. With ever more space debris crowding popular orbits, CAESAR will be kept busy keeping satellites in the clear for the foreseeable future.