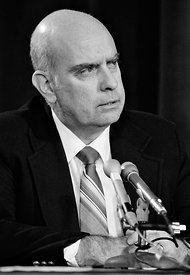 Roger Boisjoly, NASA engineer and whistleblower who tried to warn his employer about the looming danger posed by the O-rings of the shuttle Challenger prior to the 1986 disaster, died on January 6th. He was 73. According to his wife, he had recently been diagnosed with cancer in his colon, kidneys, and liver.

Six months before the Challenger disaster, Mr. Boisjoly sent a memo to his superiors at Morton Thiokol, his employer and the manufacturer of the space shuttle boosters, on behalf of a task force that had been established (partly on his recommendation) to investigate the potential for adverse effects on the boosters caused by cold weather. In the memo, he warned that the seals connecting the sections of the boosters could fail, saying that “the result could be a catastrophe of the highest order, loss of human life.”

The night before the launch, when temperatures at the Florida launchpad dipped below freezing temperatures, Mr. Boisjoly and four other Thiokol engineers joined in a teleconference with NASA and Thiokol vice presidents, urging the Thiokol representatives to exercise their rights as the manufacturer of a critical component to postpone the launch. However, the vice presidents felt that the case for postponing the launch had been based more on gut feelings and hunches, and lacked the conclusive data required to delay the launch, which had already been postponed twice. After advising the other Thiokol VPs to “take off their engineering hats and put on their management hats,” Thiokol general manager Jerry Mason gave the launch approval. 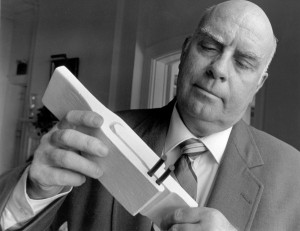 In the investigation that followed the disaster, Boisjoly became widely known as a whistle-blower when he provided internal Thiokol corporate documents to a presidential commission. Included in the documents was the memo he had written warning of the danger to the O-rings in cold weather. Following his testimony at the commission, he was cut off from space work at Thiokol and was shunned by colleagues and friends. According to Boisjoly, Sally Ride, the first American woman in space, was “the only one” who was supportive, hugging him after his appearance at the commission.

Boisjoly would later be vindicated for his actions, and awarded the Prize for Scientific Freedom and Responsibility. He went on to speak at more than 300 universities and civics groups about corporate ethics, and became sought after as an expert in forensic engineering.

Roger Mark Boisjoly was born in Lowell, Massachusetts, on April 25th 1938, and is survived by two daughters, Norma Patterson and Darlene Richens; three brothers Ronald, Russell, Richard; and eight grandchildren. He had a mechanical engineering degree from the University of Massachusetts at Lowell, and worked for 27 years in the aerospace industry.