In late 2012, after a 37-year journey, the Voyager 1 probe became the first ever object from Earth to leave the Heliosphere, a region of space dominated by the Sun. This, at least, was the claim. Based on current knowledge, we can estimate that the spacecraft will reach the Oort cloud, generally understood to be a vast cloud of icy substances beyond Pluto, in about 300 years, and eventually pass through it in 30,000 years. If we ignore the various debates, this is where the sun’s domination ends, and interstellar space begins.

Voyager 1 is based on technology from the ‘70s. The latest deep space mission probe, New Horizons, is expected to reach Pluto after a 9-year journey in 2015.

From the Beginning to Date

A quick search on the Internet throws up the British Interplanetary Society as one of the oldest space advocacy groups in the world. Incorporated in 1933, the BIS’ motto says it all: ‘From imagination to reality‘. It was the BIS that came up with the first structured study produced by a non-governmental group focusing on interstellar travel, a 5 year long project for a plausible unmanned interstellar vehicle, dubbed Project Daedalus.

A spin off of a joint initiative of both BIS and TZF, at the forefront of such studies today is Icarus Interstellar, a not-for-profit inspired by Daedalus that is carrying out a global research effort on multiple interstellar projects, manned and unmanned, focusing on different challenges, engineering and otherwise. Countless other private groups also exist, each with its own mission and vision to answer a small piece of the puzzle, to get us that much closer to reaching the stars. 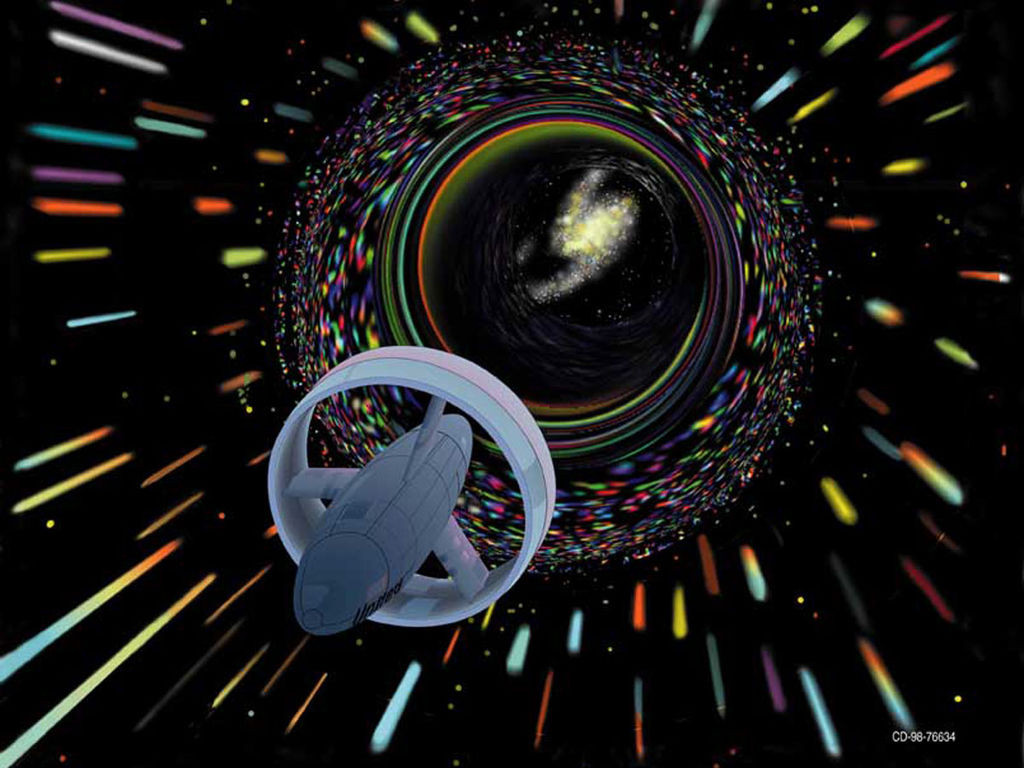 Science Fiction: the Other Side of the Story

Interstellar travel is also the stuff of science fiction. Sir Clarke and Stanley Kubrick captured the public imagination with 2001: A Space Odyssey in 1968. More recently, the movie Interstellar envisioned humans journeying to distant planets in search of habitation, courtesy of an apocalyptic climate shift on Earth. But, is this all it is? Is interstellar flight merely a construct of fiction, pleasing to the imagination, never to be anything more?

Many skeptics have argued that humankind is doomed to never leave the solar system, and with good reason. The fact that the nearest star is so far away, coupled with predicted advances in our technological prowess still does not seem enough to see interstellar travel achieved in the foreseeable future. Will we have multi-generational star ships, with humans being born in space, while still on a voyage to a star started by their parents and grandparents? Or will we have such groundbreaking technological advances that the nearest star is only a few decades away by flight?

Conservatives estimates still put the possibility for such flight at least a century away from today. Because, for all that has been said and done, we are still on the drawing board. And a space ship needs to be built.

Andreas Hein of Icarus Interstellar developed a model for forecasting the economics of a trip consistent with the Icarus mission requirements. It was found that most economically feasible scenarios would cost more than $100 trillion for an unmanned, 50-year journey within the next 300 years.

The fundamental concept here is that the scale of things is much bigger than we are used to on Earth. Time of travel is no more hours or days, but decades, even centuries. The distance traveled is just mind boggling. And if we venture out with the aim of sustaining human life elsewhere, a handful of astronauts will just not do – whole communities of thousands of people will be needed to make a significant genetic impact. These factors, coupled with the limitations of human lifetime, means that this trip would be, by default, one-way.

Needless to say, interstellar travel will require dramatic innovation in pretty much all of science, from propulsion systems and energy generation to artificial intelligence and robotics to life support systems. New questions pop up in different fields of knowledge, exposing gaps in our understanding of the world.

And what about the underlying philosophical and ethical implications? A one-way journey is the ideal ground for passionate arguments concerning its morality. What are the ethics of reproduction in space? What about the idea to ship frozen eggs or embryos that could survive for a significant part of the journey? Politically speaking, who is to blame in the event of a failure? Should we, as a species, acknowledge the fact that even the most highly qualified explorers could die due to unaccounted for circumstances?

Furthermore, our understanding of ourselves is also quite limited. Space exploration ventures of yesteryear gave birth to space psychology, a field that analyzes the behavioral changes space explorers undergo and the nature of cross-cultural interactions in the scope of 6-months mission in isolated and confined environments. What is to be said of those who venture out, knowing they will never come back, that they are at the very front lines of exploration? A generational ship could present sociocultural challenges so far unknown to us. Guesswork is the most one can do, in the absence of actual data concerning the possible psychological profiles of such travelers. An interstellar ethics code is far from set in stone, and new technological breakthroughs in the future will only raise more questions, more scenarios to analyze. 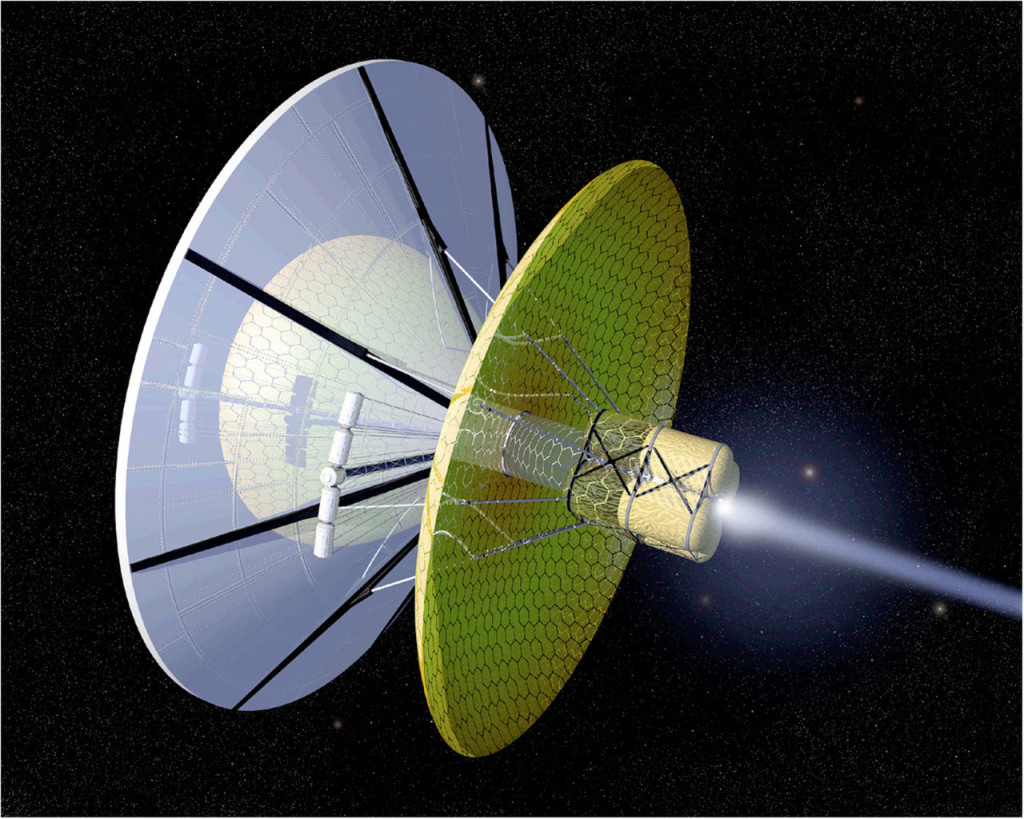 A Bussard Ramjet is one of many possible methods that could serve as propulsion for a starship. – Credits: NASA

A Quantum Leap in Technology

Regardless of type, interstellar missions will have decade or century-long travel times, thereby requiring that the technology used be completely reliable, or self-reparable. Fundamental physics dictates that there can be no moving parts, since friction would create wear and tear over decades of use.

Dr. Sten Odenwald, an astronomer and critic of interstellar travel listed, among others, the lethal environment of space as a prime challenge. We are yet to create technology that avoids the combined effects of radiation and asteroids and dust in interstellar space for starships at high speeds. He goes on to argue that the faster one travels, the more lethal the interstellar dust grains are. Conversely, the slower one goes, the longer the journey time and the absorbed radiation.

Dr. Michio Kaku, a theoretical physicist, divides up propulsion technology concepts according to these types, and ranks them by two parameters – specific impulse (a measure of momentum gained with respect to amount of propellant used) and final velocity of travel.

Chemical rockets are the least efficient, and this is what we have at the moment. Nuclear rockets have a higher specific impulse, while ion and plasma drives have even higher values and work by electrically accelerating ions to provide thrust. But, all these concepts still require that fuel be carried on the spacecraft. Proposed ideas to circumvent this problem include the light sail concept that slowly ventures to its destination thanks to the pressure exerted by solar winds. Additionally, ramjet fusion engines, with an even larger specific impulse operate by consuming the free hydrogen found in deep space.

Another avenue for technological improvement is the life sciences. Biologists claim that bioengineering of humans is inevitable in such scenarios, since interstellar travel would literally be the next major evolutionary step taken by humans. Suspended animation is a strong contender, wherein the life processes of astronauts will be slowed down to the bare minimum, but not to termination. Prolongation of the human lifespan during spaceflight will ensure that the entire journey occurs during one lifetime, thereby negating the need for a multi-generation ship.

Paul Gilster, a founding member of the Tau Zero Foundation and writer, explores the idea of bioengineering in his blog. He quotes an article from 1960 that calls for adapting colonists, at least partially, to the environment they would face rather than recreating an Earth-like environment for them. This circles back to the question of what is more ethical: terraform an entire planet, or bioengineering humans to deal with new, unknown environments?

[cleveryoutube video=”dAIAB8oMuS0″ vidstyle=”1″ pic=”” afterpic=”” width=”” quality=”inherit” starttime=”” endtime=”” caption=”Suspended animation currently works for a few minutes only, but scientists believe the process could be extended to hours. How long before it will be possible to extend it to years?” showexpander=”off” alignment=”left” newser=”” margin=”true”]

A Dream Worth Pursuing

Overwhelmingly, we see that the deeper we delve into discussing interstellar travel, the closer to fiction we seem to get. And yet, there are real people, real engineers, scientists, sociologists and biologists contributing to the field right now. Most doubt the feasibility of travel on this scale, simply due to the limiting laws of physics. Many venture to state the absolute pointlessness of this exercise, even going as far as to say researchers in this field are nothing but delusional. Research in the field though, continues to plod on, for this is a dream worth pursuing, one of presenting the possibility of deep space travel to future generations.

Like the proverbial society with profound insight of its future, we shall plant the trees whose shade we might never sit in. For this is how progress is made.