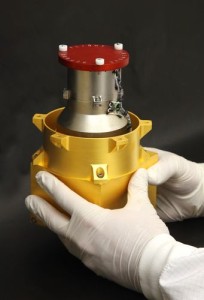 On May 30th, NASA and JPL held a teleconference to present the findings from the Mars Science Laboratory Radiation Assessment Detector (RAD) aboard Curiosity rover.

The press conference was largely focused on the radiation measurements experienced whilst Curiosity was in transit to Mars, and it was revealed that the radiation data gathered from the Martian surface will be published at a later date, pending analysis. The data acquired during transit is useful in predicting exposure levels that will be experienced by astronauts on future manned Mars missions, whereas the ground-based radiation data will help design safe habitats for within the Martian atmosphere, as the presence of atmosphere can affect the behaviour of radiation.

Eddie Semones, Spaceflight Radiation Health Officer at Johnson Space Center, explained that Curiosity was exposed to approximately 330 millisieverts during its 6 month transit to Earth. ISS astronauts experience around 100 millisieverts per year compared to DOE workers, who are permitted up to 50 millisieverts exposure per year. This has been compared to predictions made from Apollo radiation data, millisieverts and was found to be a relatively accurate model and has confirmed what we had suspected about the space radiation environment. To put that into perspective, Cary Zeitlin, principal scientist at Southwest Research Institute stated that “In terms of accumulated dose, it’s like getting a whole-body CT scan once every five or six days”. A millisievert is based on the measurement of the concentration of ionizing radiation absorbed per unit of a materials mass, and is used to predict the likelihood of lethal cancer developing.

It reinforces the fact that better shielding needs to be developed to survive a 6 month transit or that faster transport must be developed. Both scenarios were addressed, with Chris Moore, deputy director of advanced exploration systems, NASA Headquarters, stating that the risks to crew from radiation could be mitigated by using nuclear thermal propulsion which could reduce the trip time to 180 days each way.

The effects of the deep space radiation environment on humans is not well known, as the heavy ion component of the space environment is not directly comparable to the gamma ray exposure such those which have been experienced and better understood on Earth, such as the Fukushima disaster.

Zeitlin expressed how the information gained from the MSL radiation sensors will assist with the development of radiation shielding for future manned missions. In terms of better shielding, it was suggested that water, food or plastics could be used to protect from cosmic rays during the voyage.

Correction: Cary Zeitlin’s first name was corrected on July 25, 2013. It was originally reported as Chris.