Economics has always affected spaceflight. The sheer cost of space missions causes even the world’s most affluent nations to plan their activities carefully. So many missions that are technically feasible have never materialized for lack of funding. To date, only three nations have developed the capability to launch astronauts into orbit. 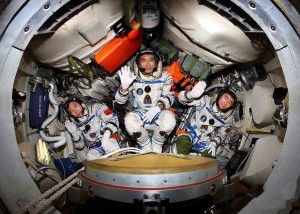 While in US the space program is experiencing cuts, China (Shenzhou-7 crew pictured here) carries on with its human space program – Credits: CMSE/AP.

The sheer cost of spaceflight is an undeniable reality, despite ongoing efforts to make spaceflight cheaper. But economics is also subjective and social. How much is something really worth? While the exact cost of a launch vehicle can be calculated fairly well, the value of spaceflight to the public is far less easy to determine, and far more volatile. It’s no secret that governments around the world are trimming expenditures to rein in burgeoning debt levels and compensate for reduced tax revenues. Spaceflight is affected by this as much as other ways of disseminating public money. But the social consequences of this global wave of economic uncertainty will affect spaceflight in other ways. The space community needs to consider public opinion carefully as it plans for the turbulent years ahead of us.

Spaceflight in the Sixties and Now

Back in the sixties, spaceflight was well-funded for political and strategic reasons, as well as the sheer quest for adventure. All of these factors faded quickly, which has caused spaceflight to move steadily rather than sprint for the past few decades. But times have changed yet again. The global financial crisis is hurting many people far more than many media sources or well-off individuals wish to acknowledge. People are struggling just to get the bare necessities of life. The psychology and sentiment of the public could be far less supportive of spaceflight than the space community wants to acknowledge. If times do not improve soon, it could produce a serious backlash.

If they can put a man on the Moon, they should be able to fix the problems of the world. Such was the cynical and highly misguided slogan that followed in the wake of Neil Armstrong’s footsteps. The idea has no real basis in the principles of economics or social policy, but it was a useful demonstration of mass psychology. Spaceflight was a convenient scapegoat for problems beyond its reach or blame. With such a high profile, it was a lightning rod for discontent. Similar examples of socio-economic voodoo have regularly appeared throughout history. Demagogues could sell this simplistic ruse to galvanize support for their own agendas.

Today, we have no astronauts walking on the Moon but plenty of people who are scared to walk the streets of their own towns. Economic problems are causing America’s infrastructure to collapse, sometimes literally. Cuts to law enforcement are causing crime epidemics in some places. Americans who used to be employed and comfortable are now homeless. Similar tales of woe can be found elsewhere in the world.

Fear and anger are growing in such conditions. Much of it is based on sound evidence and reasoning. There are genuine problems with the economy and the quality of life. These problems must be addressed. People want solutions, and cutbacks to spending in some areas are certainly a part of that solution. But the growing tide of panic could cause an over-reaction. Spaceflight could be targeted excessively simply because of its public image and the lack of overall support for it. 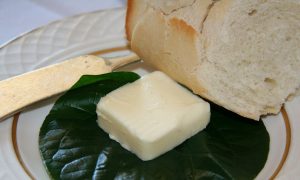 The classic economic spending dilemma tells of a division of expenditure between butter and guns. Spend more money on one, and there’s less to be spent on the other. This is a zero-sum game, based on a struggle for a share of a finite quantity of capital. Government-sponsored spaceflight finds itself wedged in this dilemma. This has always been the case. However, an increasing number of people would now prefer to see more guns with their Police forces and more butter to feed their families than rockets.

Never mind the real benefits of spaceflight, which do include economic returns, spin-off technology and jobs. This is all about perceptions. Tear down the launchpads and we will all be better off. This form of reasoning will become increasingly appealing as people become more desperate for solutions to the problems of their nation and their own lives. Nothing else seems to be working, so it could be worth a try.

While nobody expects the grandiose spending levels of the Apollo days to return in the near future, there is a real danger that political and social panic could strike spaceflight harder than is generally believed. The public is angry. Crafty politicians and activists could resurrect the same rhetoric that has served them well in the past. Ready or not, we must at least be aware of the threats that lurk beyond the usual Beltway arm wrestling tournaments.