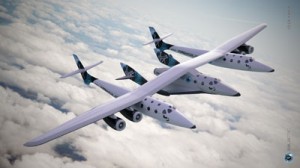 Allianz, a German insurance firm, has announced plans to offer insurance policy coverage for commercial suborbital  flight passengers. The policy, which will become available in 2012, would insure passengers against loss of their deposits in case of cancellation of the flight by the passenger. “We are looking into space tourism as a new market for the next generation of travelers,” said Erick Morazin, the Allianz account director responsible for the new policy. “Typically, the price of an insurance policy is around 3-4 percent of the trip cost,” Morazin continued. “So if we’re covering the cancellation of the trip, the loss incurred by the customer is $20,000 – the price of the deposit – so the cost of the policy would be around $700.” Morazin refrained from giving further details of the policy, or about an additional medical and luggage coverage package, out of concern that rival insurance firms could benefit from those details. The plans are likely to come as welcome news to the more than 450 people who have already reserved a seat on Virgin Galactic’s “SpaceShipTwo,” as the expected volume of suborbital passengers and the possibility of delays in the flight schedule means that most flights are booked months or years in advance. The deposit to be insured represents 10% of the total ticket price in accordance with Virgin Galatic’s current ticketing practices. The roll-out of the policy continues a string of announcements in the run-up to the inaugural flight of the SpaceShipTwo, including the hiring of Virgin Galactic’s first commercial pilot, and the plan to locate Virgin Galactic headquarters and mission control at Spaceport America in New Mexico. SpaceShipTwo is expected to begin flight tests of its hybrid rocket engine in 2012, with the first commercial flights occurring in 2013. The video below shows an animation of a suborbital flight on SpaceShipTwo.