Space Safety Magazine continues the series of articles dedicated to space medicine and astronauts. In the series, we are presenting and exploring topics involving medical emergency management in space, astronaut training, and issues coming from long-duration missions in space.  As the first chapter, we presented a profile interview with the physician and retired NASA astronaut Story Musgrave. The story continues here with a look at NASA’s medical kits through the years.

Since the dawn of human space exploration in the ‘50s, medicine has had to evolve quickly to support the presence of human beings in space – an environment for which humans were not designed. Space medicine advanced borrowing lessons learned not only from previous space missions, but also from similar environments. The most direct results of this progress are the medical kits that have flown through the years on every manned mission. Evidenced-based medicine, lessons from research and clinical experience are the principal drivers that led each program or mission to the development of improved kits in a never-ending effort to secure astronauts’ lives while in orbit. Modified Delphi techniques as well as Monte Carlo analyses, expert opinion summits, and the development of a Patient Condition Database are some of tools used to choose effective therapies and treatments.

“The design and content of any medical suite is always an unfinished work in progress, with continuous updating based on science, research, mission objectives, vehicle constraints, training of the caregivers and levels of desired care,” writes Dr. Craig Fischer, who served as a flight surgeon and Research Medical Officer at the launch and recovery sites for all manned launches and recoveries from Gemini IV through Apollo 15, and as an operational flight surgeon for STS 1, 2, and 3.

In the late 50s and early 60s in the US, space activities’ fast pace left very little time to develop a medical basis for the human space program. Concepts such as life support, safety, and health were addressed on an a priori basis and were mainly founded on already established aviation medicine. 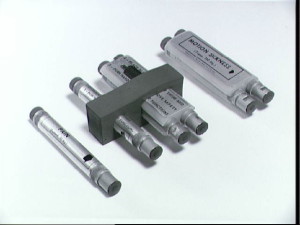 In 1961, the newly created NASA started Project Mercury, aiming to fill the gap in the space race with the USSR and demonstrate US manned space flight capability. Alan Shepard was the first American in space on May 5, 1961, and John Glenn the first American to reach orbit on February 20, 1962. Project Mercury employed very rudimentary medical kits with autoinjectors – syringes designed to deliver a single dose of medicine. In the first four missions the available drugs that could be delivered with these autoinjectors consisted of an anti-motion sickness medication, a stimulant, and a vasoconstrictor for treatment of shock. Later, the number of medications was reduced just to an anti-motion sickness drug and an analgesic, both available in the suit and in the medical kit.

For Mercury-Atlas 9, the last of the Mercury Project flights, astronaut Gordon Cooper assumed, for the first time during a flight, dextroamphetamine sulphate, a potent stimulant also known as “go-pill” that was made available both in the suit and in the survival kit.

Project Gemini – Medicine for the Moon 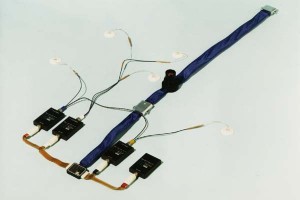 Project Gemini, which consisted of 10 spaceflights from 1965 to 1966, saw a considerable augmentation of the onboard medical kit and major medical findings connected to longer-duration spaceflights. The Gemini VII mission, in particular, had to determine if humans could live in space for at least 14 days, which was an interval long enough to complete a Lunar mission. For this reason, the medical kit was significantly increased with 10 new medications not only for motion sickness but also in case of other common occurrences that can easily happen during a 2-week long mission such as congestion of upper respiratory tract, diarrhea, fever, and pain.

During the Gemini missions, bone loss was observed for the first time, a percentage change in the density of astronauts’ bones. The vital signs of the astronauts were monitored with a special biobelt assembly, worn under the space suit.  The system was able to provide physiological data (ECG, breath, body temperature) to medical personnel on the ground.  Similar bioinstrumentation with small changes was used during the Apollo program.

During the Apollo Program, the priorities shifted to ensure the return of the crew safety back to Earth and therefore to identify, eliminate, or minimize any potential health hazards, ensuring at the same time that sufficient medical information was available for the crew and for management decisions. For the first time, the Apollo crews were video monitored from ground and biosensors were able to measure also oxygen consumption and CO2 level. 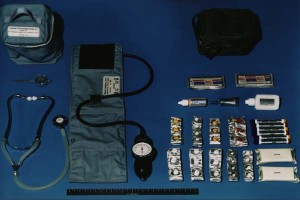 The astronauts received medical training prior to the flight to help them recognize any abnormalities in their health status as well as understand the effects of spaceflight on their bodies.  The content of the medical kits was selected mainly based on the experience gained from previous missions and the drugs were intended for the contingency situations most likely to arise during the flight. The content was reviewed and modified after each flight, therefore, during Project Apollo, although the basic content remained the same, but there was no “standard” kit. The medical equipment included uncommon medications, as well as diagnostic equipment. The astronauts also faced pressure-related problems in medication packaging. The issue was solved by simply puncturing each unit-dose medication cell with a small pin, restoring the pressure equalization. Later, spray bottles were eliminated in favor of dropper bottles, however this mode also proved inappropriate in microgravity conditions and since the Space Shuttle, spray bottles have been reintroduced into the medical kits.

Apart from the Apollo 13 accident, starting from Apollo 7, the first manned mission of the program, to the last, Apollo 17, the various crews suffered sicknesses, minor diseases, and other problems: upper respiratory infections, viral gastroenteritis, fiberglass irritation, dermatitis, sleep difficulty, and motion sickness, all treatable with the drugs carried onboard. There was only one medical issue not treatable onboard: a case of transient arrhythmia during Apollo 15. 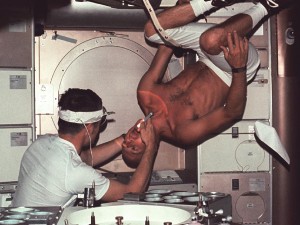 Skylab 2 commander Pete Conrad undergoes a dental examination by medical officer Joseph Kerwin in the Skylab Medical Facility. In the absence of an examination chair, Conrad simply rotated his body to an upside down position to facilitate the procedure. (Credits: NASA).

Skylab was provided with an Inflight Medical Support System (INMSS) containing equipment and medical kits with over 1300 different items, even, for the first time, a dental kit. INMSS included a manual with line drawings of complete intraoral radiographs of each crewmember as well as integrated, illustrated diagnostic and treatment procedures. The 50-kilograms kit was designed to provide the onboard medical officer with equipment adequate to make a diagnostic assessment of those injuries or illnesses most likely to occur in the station’s environment. However, INMSS was used also to support the science performed aboard Skylab and correct other system anomalies.

Skylab was abandoned after the third mission but NASA made plans to restore it, using the Space Shuttle to boost its orbit and repair it. However, delay in the development of the Shuttle made these plans impossible and the station disintegrated in 1979.

With the advent of the Space Shuttle era, each mission saw a trained physician or a medic onboard and consequently an expanded medical research capacity. Although the Shuttle could come back to Earth in a few hours in case of serious medical emergencies, it was provided with an improved set of medical kits. The Shuttle Orbiter Medical System (SOMS) was able not only to support medical care for minor illnesses and injuries for seven crewmembers from one to two weeks, but also to provide devices to stabilize severely injured or ill crew members until their return to Earth. 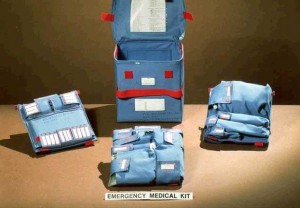 The SOMS consists of two separate packages: the Medications and Bandage Kit (MBK) and the Emergency Medical Kit (EMK). While the MBK contained capsulate medications (tablets, capsules, and suppositories), bandage materials, and topical medication, the EMK had medications to be administered by injection, items for performing minor surgeries, diagnostic/therapeutic items, and a microbiological test kit.

Dr. Fisher observed that “the diagnostic equipment onboard and information from the flight crew has allowed diagnosis and treatment of injuries and illnesses through consultation with flight surgeons in the Mission Control Center in Houston throughout the Shuttle program.”

The SOMS kit was a direct product of the experience acquired during Mercury, Gemini, Apollo, and Skylab. Drugs and tools were also selected considering their mass and volume. The SOMS has provided medical care for over 130 Space Shuttle missions. A derivative of this system, the Mir Supplemental Medical Kit (MSMK), was developed for long-duration flights aboard the Russian Mir Space Station as part of the Shuttle-Mir program. 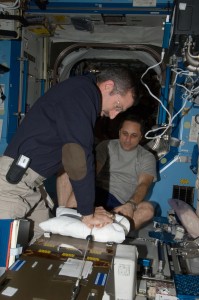 NASA astronaut Dan Burbank and Russian cosmonaut Anton Shkaplerov participate in a Crew Health Care System medical contingency drill in the Destiny laboratory of the International Space Station. This drill gives crewmembers the opportunity to work as a team in resolving a simulated medical emergency onboard the space station (Credits: NASA).

ISS – Medicine and Procedures for Long Stays in Orbit

The International Space Station (ISS) maintains two separate medical kits, one for the Russian segment of the station and the other one for the US segment. The US kit is directly derived from SOMS but it has been greatly augmented, counting about 190 medicaments, labelled, naturally, both in English and Russian.

The ISS crew is trained to deal with a range of medical emergencies that can arise during a typical six-month-long expedition aboard the station. The medical officer is trained not only for the usual first-aid treatments, but also for other medical matters, such as stitching up wounds and giving injections, while all astronauts are trained for emergency resuscitations in case of heart attacks. The medical procedures fully describe the analyses and the actions to be taken to treat the health hazards and the crew can always contact the flight surgeon at ground control in case of need.

Since Project Mercury, space medicine has made a colossal jump in the capacity of treating medical conditions directly in orbit, supported also by constant monitoring of the astronauts. The first Mercury astronauts carried just three medicines while the ISS crew has now available not only medicines, but also advanced diagnostic equipment and emergency resuscitation devices.

However, future exploration missions will need additional improvements in the possibility of treating medical conditions directly in space. The long distances will make it impossible to bring back to Earth severely injured or ill astronauts within a few hours, as it is now with the ISS, and will make it less useful to rely on direct communications with the supporting medical team on the ground. Therefore, the crew will need not only improved diagnostic devices and tools to treat a wider range of conditions, but also extensive medical training to the point that, in a future space exploration mission, the crew would not miss a physician with actual medical experience.

Manned space exploration does not need only more powerful rockets and other engineering feats; it also needs medications with an increased shelf life and pharmacokinetic studies together with more autonomous medical systems in order to be able to perform even surgical operations in space.