Results of research conducted on fruit flies suggest that long term space flight might be more dangerous than expected. Molecular Biologists at the Spanish Center for Biologic Research together with physicists from the University of Nottingham in the UK studied fruit flies levitated by powerful magnets, a state that resembles the weightlessness experienced by astronauts in space. The observed insects suffered changes in crucial genes. Scientists are not sure whether it is microgravity itself or the effects of magnetism that is to blame for the condition.  The research was published in BMC Genomics. 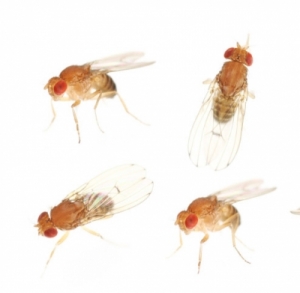 Fruit flies are a cheap and convenient model mechanism to study effects of weightlessness on living organisms (Credits: iStockPhoto).

For 22 days scientists observed the development of fruit flies in a variety of magnetically manipulated gravitational experiments. Regularly, the flies raised in microgravity developed slowly and weren’t able to reproduce as smoothly as their counterparts living in 1 G. On a molecular level, researchers observed that the genetic expression of the 0G flies was heavily disrupted with significant decrease or increase in activity of 500 genes. Many of those genes were responsible for regulating such crucial systems as immunity, temperature or stress response. “We have tried to separate the effects of microgravity and magnetism, but we’ve learned it’s not so easy,” explained the leader of the Spanish team, molecular biologist Raul Herranz. Flies exposed exclusively to the effects of powerful magnetism without levitation displayed similar but milder changes.  Researcher Professor Richard Hill of University of Nottingham added: “Magnetic fields can cause things like proteins in the cell to align with the field lines, so these fields could be triggering responses we don’t yet understand.” 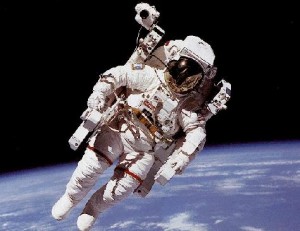 Even if the changes are proved to be microgravity related, it is not certain that human cells will respond in the same way. As long as detailed insight into human molecular processes is difficult to obtain, scientists have to rely on model organisms such as fruit flies. Bone and muscle loss are already well documented negative effects of long duration space flight on human health. In the context of an astronaut on a multiple-year mission in zero gravity to Mars, even small changes could build up to significant risks over time. Compared to sending experiments to ISS or conducting research directly on humans, the fruit flies levitated in magnetic field offer a cheap and simple solution to increase our understanding.   The video below shows the experiment on fruit flies in detail. [youtube http://www.youtube.com/watch?v=dGCaMmQ5fik]