ISS for the Nobel Peace Prize

The International Space Station is a football field-sized construction in space where a multinational crew of six astronauts lives, performing scientific research in space and advancing our understanding of the space environment.

This site is dedicated to promoting the nomination of the ISS Partnership space agencies for the Nobel Peace Prize. 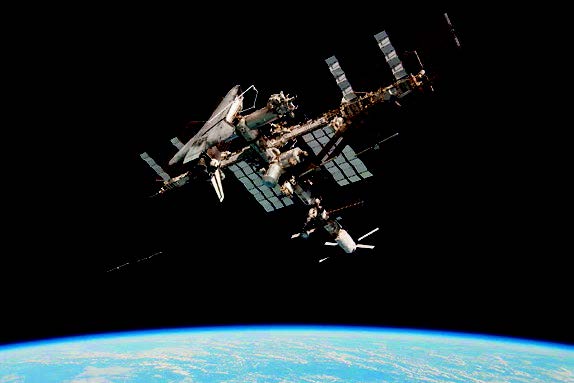 The ISS, pictured here with ATV Johannes Kepler and Shuttle Endeavour docked, is remarkable for both its technological and its diplomatic achievements, bringing together 15
nations including former archenemies US and Russia (Credits: Paolo Nespoli/NASA).

Why is a space station collaboration deserving of a Nobel Peace Prize? Consider:

* while there are tensions on Earth – such as recent issues in Ukraine – the station partnership continues every hour of every day, without a hitch

* 93 nations have used the station, and their citizens can look up in the night sky and watch their hopes, dreams, and science fly by, the brightest object in the night sky

* for 15 years, multinational crews have inhabited this station, living and learning together, showing us all that it can be done

* the crews of ISS won the 2014 Peace of Westphalia award, in recognition of the station’s demonstration that “peaceful international cooperation of partners from very different cultures has proven to be possible.”

On this page you will find background information about ISS and the Partnership that makes it all happen. We’ve collected insights from astronauts and rationales for the nomination. Here you’ll find all the information you need to request a Nobel Peace Prize nomination for the ISS Partnership – plus all the reasons you should make that request! 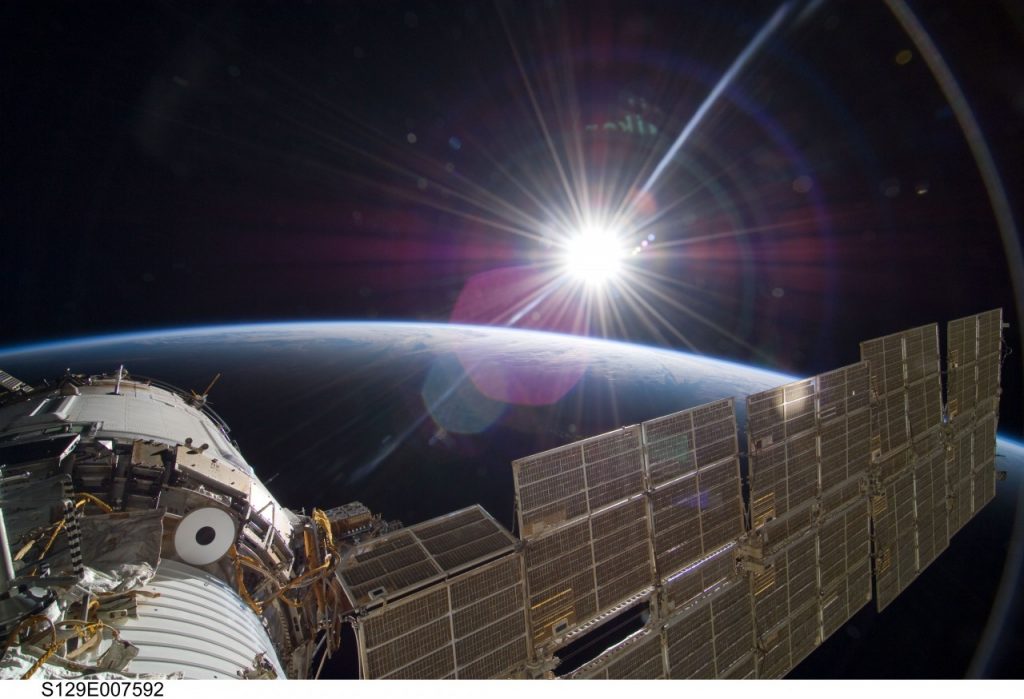 What Has ISS Done for Me?

ISS reaches beyond the 15 nations  Click on your country in the map below to learn about one experiment performed aboard ISS that originated from your homeland.

Follow the links for each nation to learn more. Visualization by K. Bauer

Pretty cool, huh? We thought so. That’s why we began this campaign to recognize the International Space Station political partnership with a Nobel Peace Prize. International collaboration on this level and of this duration deserves recognition. Help us achieve it and let everyone know the amazing things politics can achieve in service of a worthy goal.

The Nations of ISS

Who are the nations behind ISS? Belgium, Canada, Denmark, France, Germany, Italy, Japan, the Netherlands, Norway, Russia, Spain, Sweden, Switzerland, the United Kingdom, and the United States. We aren’t nominating these nations, though; we are nominating their space agencies. These are the ISS Partners:

* You can see ISS from Earth, no telescope needed.  Check out Spot the Station to find out when it’ll pass over your town

* ISS is the largest international peacetime endeavor in human history

* The first ISS module in space was Zarya. It docked with the second module, Unity, to form the fledgling station on December 4, 1998

* Living together in space can lead to some interesting discoveries. For instance, Russian astronauts prefer more mineral content to their drinking water than their US counterparts. As a result, two different water stocks are shipped to the station on a regular basis.

* Three of the partner nations ship their own homegrown supply vessels to ISS on a regular basis: Japan’s HTV-II, Europe’s ATV (just retired), and Russia’s Progress. NASA doesn’t have its own cargo ship anymore but it hires commercial partners to handle its deliveries now that SpaceX’s Dragon and Orbital Sciences Corp’s Cygnus are operational.

* In 2014, ISS had its first ever Japanese commander, Koichi Wakata

* 2016 will see the completion of the Year in Space, in which Roscosmos cosmonaut Mikhail Kornienko and NASA astronaut Scott Kelly spend 350 days aboard ISS, twice as long as a usual crew rotation.

* 2015 was the 15th year of continuous human habitation in space. Anyone aged 15 years or younger has never known a time when humans did not live in orbit.

Learn more about the ISS Partnership

We put this document together to explain why the ISS Partnership is deserving of the Nobel Peace Prize. Take a look!

Submit a nomination for the Nobel Peace Prize 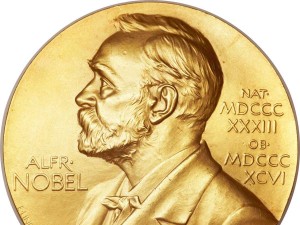 There are a few rules to follow in submitting a nomination for the Nobel Peace Prize. The most critical one regards who is permitted to submit a nomination. We’ll sum it up as people in the following positions:

* Anyone awarded a Nobel Peace Prize in the past.

There are a few more nuances that you can read on the official Nobel Peace Prize site.

Just download our Letter of Nomination and Rationale for Nomination, customize them, and send them in.

The nomination must include:

* The name of the candidate;

* An explanation of why the individual or organisation is considered by the nominator to be a worthy candidate for the Nobel Peace Prize;

* The name, title and academic or professional affiliation of the nominator.

Nominations must be emailed to postmaster@nobel.no or mailed to

Nomination must be postmarked no later than February 1. That means you can submit nominations right now!

It may sound complicated, but we’ve prepared templates for you that fulfill all the requirements. Just download our Letter of Nomination and Rationale for Nomination, customize them, and send them in.

– This video animation shows the phenomenal engineering that went into ISS, and all the spacecraft from around the world that made it happen

Get Involved in the Campaign

Once you’ve requested nominations, encourage others to do so too! Engage your networks and spread the word: the International Space Station Partnership is a model for international cooperation on Earth and in space and it deserves our recognition.

Send us any recommendations or news to help the ISS for Nobel Prize initiative using the contact form below.

This project came about almost by accident, exchanging comments one day over an editorial published on spacesafetymagazine.com, we talked about how amazing a feat ISS really is, how incredible it’s lasted this long. Have you ever heard, said a reader, about how ISS was nominated for the Nobel Peace Prize? We hadn’t, but we soon got interested. Starting with the staff of Space Safety Magazine and some dedicated readers, we began. Our volunteer base expanded as we have been joined by space enthusiasts, organizations, and agency employees from around the world. We are doing this because we are passionately certain that projects like ISS are the way to build a bright future in space and on Earth, and we want the world to recognize that future too.

– The video below, a presentation from the 2014 International Aeronautical Congress, explains why we took on this project:

Below are the founding members of the ISS for the Nobel Prize initiative. Contact us to add your voice and learn how you can show support for the remarkable accomplishment that is the International Space Station.

Want to get involved or express your support? Contact us!

The contents of this page and all documents attached to it are licensed under a Creative Commons Attribution-NonCommercial 4.0 International License. You are free to modify and share these contents for non-commercial use for the purpose of advocating for the nomination of the International Space Station for the Nobel Peace Prize.