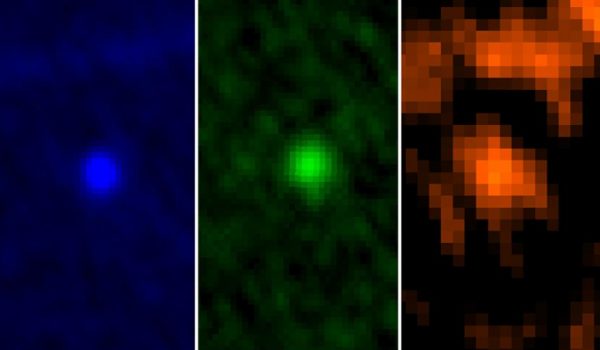 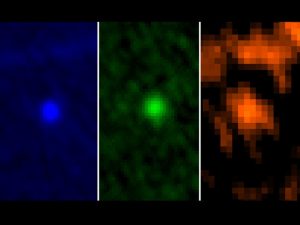 Images of Apophis captured by the Herschel telescope on Jan 5-6 at wavelengths of 70, 100, and 160 microns from left to right (Credits: ESA).

The asteroid Apophis has made yet another pass of planet Earth, this one visible only through a high powered telescope. The passage has spurred interest mostly for a could-have-been: the asteroid was once thought to have a 2.7% chance of impacting Earth in 2029. Improved observation resolution has now ruled out such a collision and it is expected that data gathered from this orbit will allow experts to rule out a 2036 collision as well, although we can still expect a very close brush as Apophis passes a record breaking 29,450 km above Earth’s surface. It’s a good thing Apophis won’t be landing any time soon: NASA has recently determined that the asteroid is much larger than previously thought – 325m in diameter instead of 270m. Quite big enough to do significant damage.