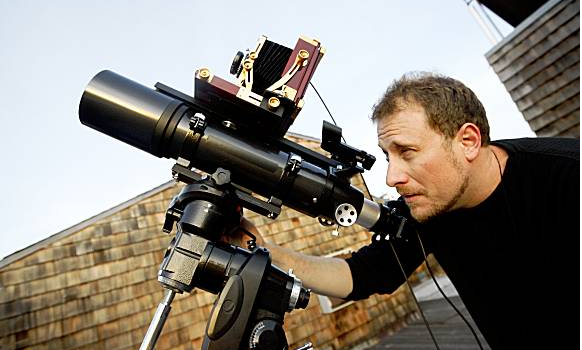 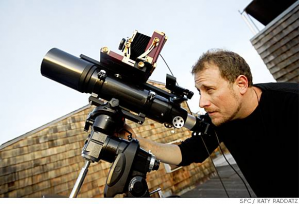 Multimedia artist Trevor Paglen and the organisation “CreativeTime” have presented their new project “The Last Pictures,” a visual documentary in the form of a selection of 100 photographs of humanity launched into outer space aboard a spacecraft, for future civilizations to discover.

Creative Time explains that through “working with materials scientists at the Massachusetts Institute of Technology, Paglen developed an artifact designed to last billions of years—an ultra-archival disc, micro-etched with one hundred photographs and encased in a gold-plated shell.”
The artist collaborated with various experts to develop his concept for this visual record. After five years of research and interviews with scientists, anthropologists, philosophers, and artists he finally decided on the content for his everlasting message. The disc with the visual record will be onboard the communications satellite EchoStar XVI, which will be launched into geostationary orbit in autumn 2012.

The Last Picture is not the first project of its kind, as Pioneer 10 and 11 contained similar concepts. In 1972 Pioneer 10 – the first spacecraft to pass the asteroid belt and captured images of Jupiter – was launched by NASA. Pioneer 10 has a gold plaque which contains information about humanity, the position of the planet Earth, and the starting date of the mission. In January 2003 the last signal was received from Pioneer 10, but despite the absence of communications, the spacecraft continues its flight and is heading towards the star Aldebaran where it may arrive in over 2 million years. The Pioneer 10 and 11 missions were followed by the launch of the twin Voyager missions 1 and 2. The Voyager missions, which  are still operating important scientific instruments, both also carry a disc which describes humans on earth. Both Voyager 1 and 2 are still sending significant data back to Earth, even as they approach the edge of interstellar space.

Unlike Pioneer and Voyager, Echostar will not be sent to explore the far reaches of the solar system and beyond. Instead, it will orbit Earth, potentially for billions of years, demonstrating the very longevity that so perplexes space debris experts the world round and waiting for someone to find it.