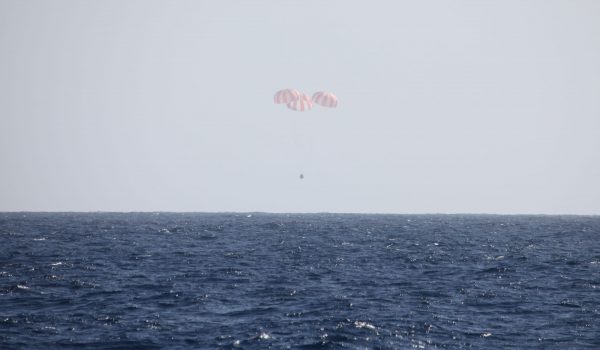 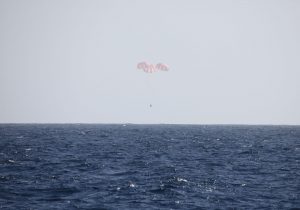 Dragon plunks down in the Pacific Ocean on March 26 after successful completion of CRS-2 (Credits: Space X).

SpaceX’s Dragon cargo vessel successfully splashed down in the Pacific Ocean just under six hours after departing the International Space Station. The trip was entirely nominal. As usual, SpaceX CEO Elon Musk kept followers up to date via Twitter: “Recovery ship has secured Dragon. Powering down all secondary systems. Cargo looks A ok.”

The capsule now travels to Los Angeles by barge, after which temperature sensitive supplies will be removed before Dragon is trucked to McGregor, Texas for offloading and refurbishment.

Below, Dragon’s release from ISS: