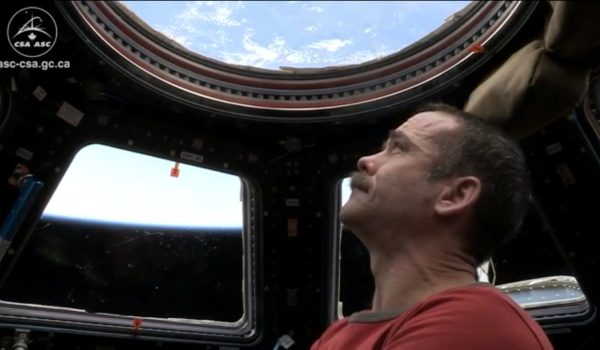 During his mission, the commander of ISS Expedition 35 gathered a loyal following as he sang and played guitar, demonstrated phenomena of every day life in space, and connected via social media with his fans and followings by sharing photographs and commentaries. Just before he departed the station on May 13, Chris Hadfield shared these few final words:

Be sure to also check out Hadfield’s final song aboard ISS: a cover of David Bowie’s Space Oddity, a song frequently used as a wakeup call for astronauts aboard both the station and the Space Shuttle before it.