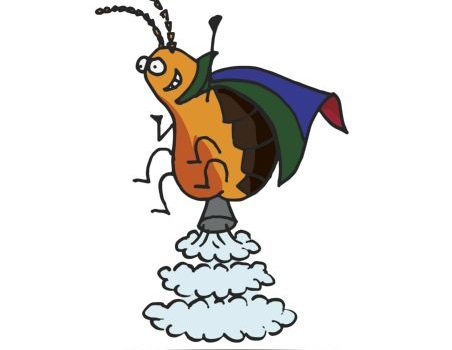 Nature has inspired thousands of human inventions and discoveries, and now one more nature inspired innovation is under way. PulCheR (Pulsed Chemical Rocket with green high performance propellants), a novel propulsion concept inspired by the defense mechanism against predators of a notable insect: the bombardier beetle.

The bombardier beetle has an amazing defense mechanism, when assaulted it ejects a hot mixture of chemical liquids (reactants). The flow of the hot mixture occurs periodically at frequency of 500, with total pulsation period lasting only a fraction of second. In this concept, the propellant is fed to a combustion chamber at low pressure, and thrust is generated in pulses, similar to the defense mechanism of the bombardier beetle. As the concept doesn’t require high pressure feed of propellant to the combustion chamber, it eliminates the need for system to build pressure using  a pump.

4. Valve closes as a result of increase in Pressure and Temperature.

5. Expansion of gases takes places through nozzle in pulses.

6. Drop of pressure under a threshold limit opens valve, and cycle continues.

The process has been shown in the schematic diagram below, and mimics the defense mechanism of bombardier beetle. 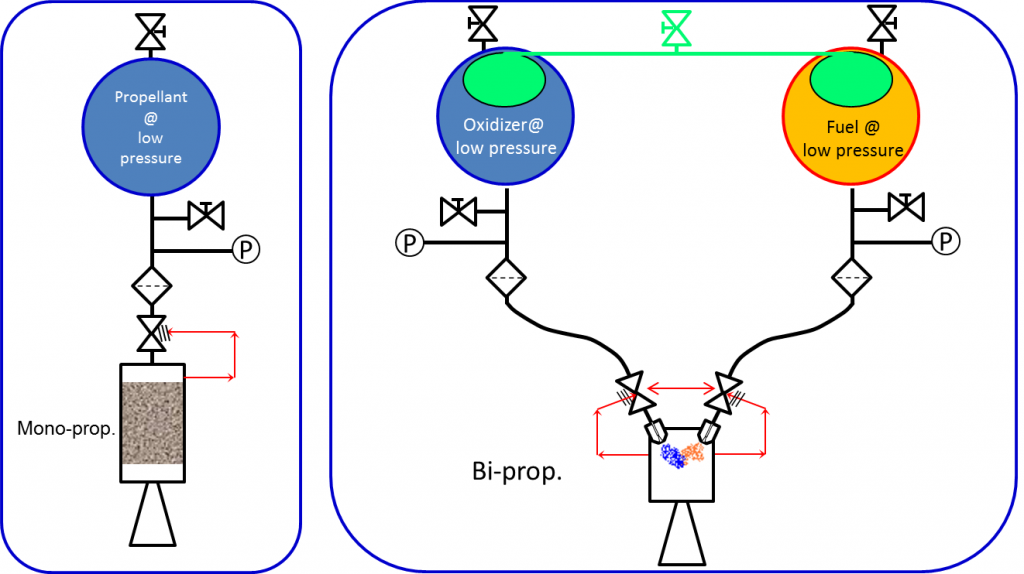 PulCheR’s propulsion concept is being developed by Italian firm Alta and other partners, and is funded by the European Union Seventh Framework Programme (FP7/2007-2013). The team plans to develop prototypes of both mono propellant and bi-propellant systems by 2015.