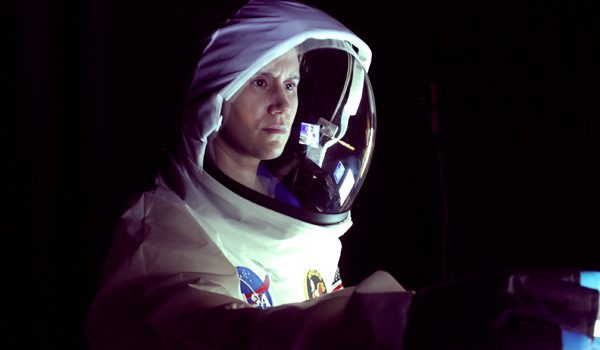 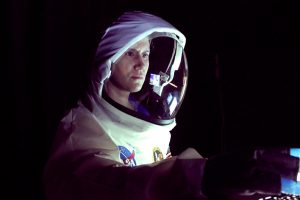 The Incubator Arts Project Spaceman has just finished a run in New York. The one woman play follows an astronaut on a one way trip to Mars, by herself. Writer and director Leegrid Stevens explains the play’s premise: “In 2010, a bill was signed in the United States authorizing manned missions to the planet Mars by the 2030s. But, the reality of such a trip comes with a catch – such a flight would take over eight months, would be performed solo and would offer no return trip.”

The play strives to examine all the difficulties of space travel. “Radiation exposure, long term weightlessness, low light, extensive communication delays and poor hygiene are just a few of the challenges astronaut Molly Jennis must face as the first to Mars,” says production company Loading Dock.

At least one space professional is all for the idea. “We’re all humans,” said former NASA engineer James McLane, “and the idea of sending one of our kind on a trip like that would be a wonderful adventure for the entire world. the whole world would get behind it.” McLane has himself proposed a (real) one way solo trip as a way to get back to human exploration

Artists are increasingly using space missions as a backdrop to explore the human psyche while expressing their passion for space, as Joseph Popper did in his exhibit One Way Trip.

Here, Stevens and Spaceman actress Erin Treadway explain the project, which participated in an Indigogo campaign earlier in the year: