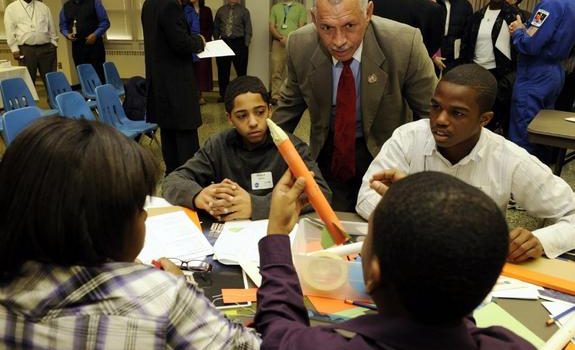 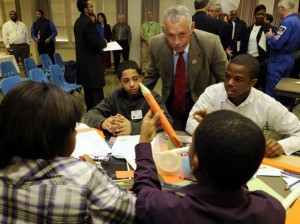 NASA unveiled its proposed budget for 2014, with a renewed commitment to ongoing space exploration and an audacious plan for an asteroid capture mission, on April 10.

“We are developing a first-ever mission to identify, capture and relocate an asteroid,” said NASA Administrator, Charles Bolden. “This mission represents an unprecedented technological feat that will lead to new scientific discoveries and technological capabilities and help protect our home planet. This asteroid initiative brings together the best of NASA’s science, technology and human exploration efforts to achieve the president’s goal of sending humans to an asteroid by 2025.”

The proposed spending plan is part of President Obama’s 2014 federal budget request, which would allocate $17.7 billion to NASA projects.  Although the request is about $50 million less than NASA’s last budget in 2012, it represents a $1 billion increase from the budget allocated in 2013: certainly a shot in the arm after sequestration’s cuts.

The asteroid capture mission would be funded with a total of $105 million, $78 million for the actual mission and the rest for searching for the suitable asteroid candidate for the mission.  However, the entire project in the end could cost more than $2 billion, according to the Keck Institute for Space Studies. The consequent asteroid manned mission would be carried out with the Space Launch System and Orion capsule which are part of NASA’s Exploration Systems division, funded for $2.7 billion.

NASA’s budget also includes funding for the International Space Station and for commercial space transportation which would receive $821.4 million. Planetary science projects would maintain almost the same level as 2012, with $1.2 billion of funding, and  Astrophysics receiving $642.3 million. The planetary science budget, according to Bolden, would permit NASA to continue operating ongoing missions in the solar system as well as the scheduled Maven orbiter in 2015 and the next Mars rover in 2020.

Bad news comes from the Education budget that would drop $40 million from 2012 to $94.2 million, with significant cuts in NASA Space Grants and STEM initiatives.