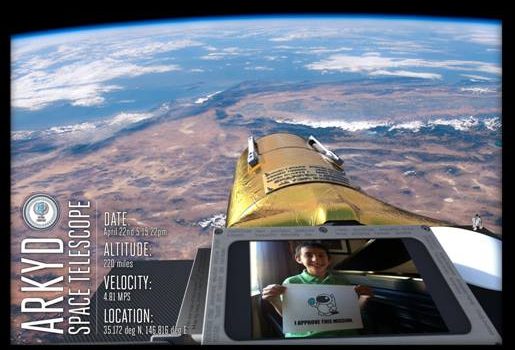 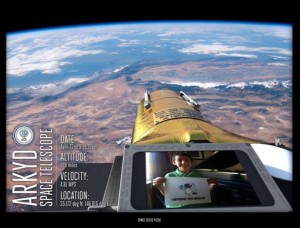 See your face in Space: A boom-mounted camera allows for a “selfie” to be taken (Credits: Planetary Resources).

Planetary Resources, the asteroid mining company has today unveiled a new Kickstarter campaign, which is aimed at raising funds to launch its Arkyd-100 series space telescope. Planetary Resources have offered a number of different rewards for various levels of pledges, ranging from a “space selfie”, up to packages that will allow access to the space telescope for individual schools. Additionally, Planetary Resources state that funds will also be used for the creation of the public interface which will enable the public to interact with the spacecraft.

The Kickstarter campaign was launched on 29th May, and was webcast live from at the Museum of Flight in Seattle. The campaign will run until June 30th 2013. It aims to raise 1 million USD, and they appear to have been quite successful so far, having raised 250,000 USD within 8 hours of the campaign launch.

Although the campaign is being used as an opportunity for space outreach activities, the primary purpose of the Arkyd-100 is as an asteroid seeker. It is hoped that the Arkyd-100 will be first in a series of spacecraft that will finally culminate with the harvesting of raw materials from asteroids.

During the live webcast, Planetary Resources founder Peter Diamandis explained how the same optics system used for observation on the telescope will in future missions double as a low power laser communication system for beaming data back to Earth. He went on to explain that in later versions of the Arkyd spacecraft, the same hybrid optic system could potentially double as an ablative laser spectrometer for analysing the content of asteroids, similar to Curiosity rover’s ChemCam.

In addition to being able to perform optical astronomy, far from the weather and daylight interference of Earth, The ARKYD will also be able to perform photometric applications, such as determining the spin rate of an asteroid.

It expects to launch its first telescope in 2015.

Below, the press conference in full: