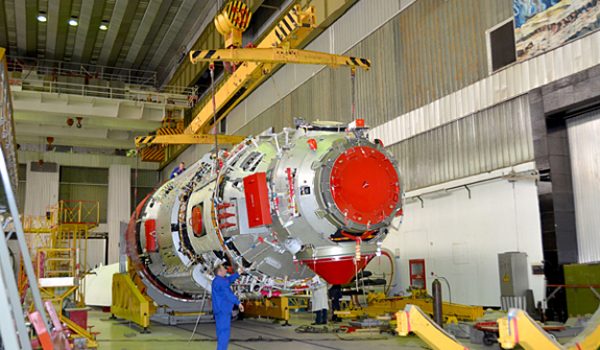 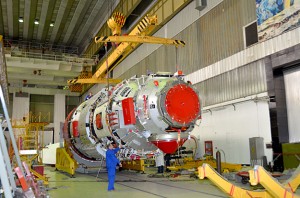 According to the Russian Federal Space Agency (Roscosmos), the Multipurpose Laboratory Module (MLM) launch to the International Space Station (ISS) will not be postponed to 2014, despite Proton-M rocket’s crash on July 1.

“By December we will surely settle this matter. It is crucial that MLM was ready by December. There are no suggestions of launch shifting,” said Roscosmos Head, Vladimir Popovkin.

The 20,700-kilogram MLM, also know as Nauka, is a laboratory module funded by Roscosmos. MLM is supposed to dock at the Zvezda’s bottom port, replacing the “Pirs” docking module that is destined to be deorbited and sunk in 2013. MLM, which will be delivered by a Proton rocket, will provide ISS with additional workstations for various instruments and experiments. Nauka will also accommodate the European Robotic Arm and a special airlock for moving payloads from the interior to outside the space station. Nauka was built by Khrunichev and RKK Energia on the basis of the Zarya functional module.

Initially, it was reported that the launch could have been postponed until April 2014 because of the Proton crash and the consequent investigation. Several days after the crash, Roscosmos declared that MLM could even be launched in advance, becoming part of the ISS by November 30. Popovkin also said that there will be no delay for the launch of Progress M-20M which is scheduled for July 28.

Although the MLM launch is still scheduled for December 11, 2013, industrial sources quoted by Anatoly Zak, reported that, even before the Proton-M crash, the module was not likely to lift off before 2014.

Roscosmos and RKK Energia have still to decide when they will transport the module to the Baikonur Cosmodrome to perform additional tests. However, the final decision on the launch will be made only after the conclusion of the investigation on the Proton-M accident. In the meantime, Deputy Prime Minister Dmitry Rogozin told the Echo of Moscow radio that a special group of external experts will be set up to inspect the entire Proton-M manufacturing chain.