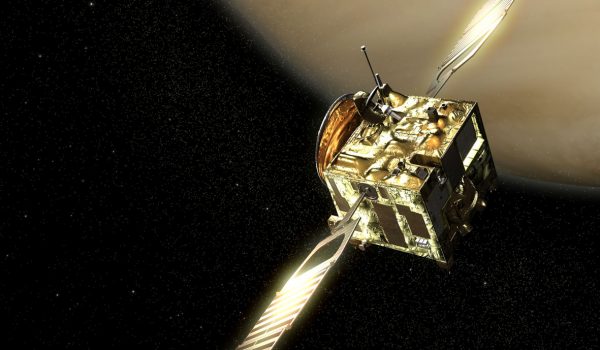 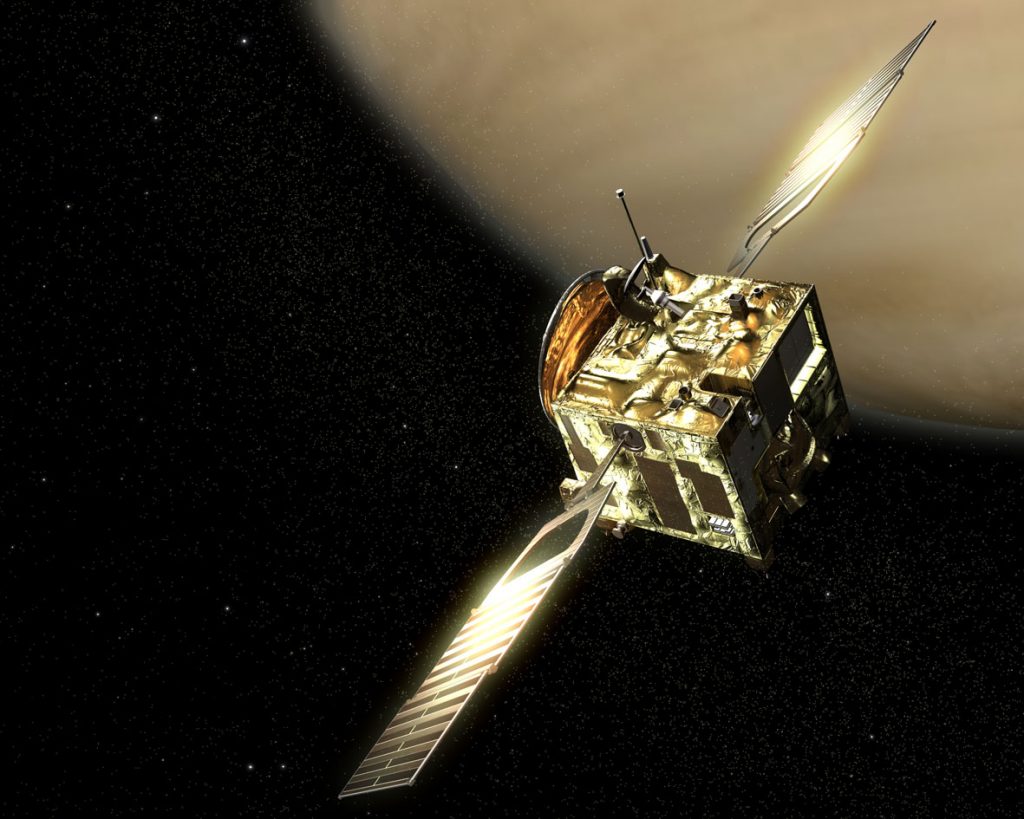 An artist's impression of the Venus Express (Credits: ESA).

The European Space Agency’s Venus Express probe seems to have been “blinded” by the recent solar flare and related Coronal Mass Ejection (CME). The spacecraft’s primary and backup star tracker sensors appear to have been damaged by the high dose of radiation it received from the recent solar activity.

“We were not able to detect any stars, so we decided to switch to the B unit, but we saw exactly the same thing,” said Octavio Camino, the operations manager for the Venus Express at the ESA center in Darmstadt, Germany. “Both of them were blinded by heavy solar activity. Since then, we have not been able to get them back on track, so we are doing a lot of things in order to keep the spacecraft in a safe configuration.”

Venus Express measures its orientation in space by combining data gathered by its star sensors with its onboard gyroscopes. Although the gyroscopes can measure the attitude of the spacecraft independently, the small errors in the gyroscope measurements that gradually add up over time are usually calibrated away using the star trackers.

ESA operators still have complete control of Venus Express, but without the star trackers to correct the gyroscope signal, eventually the attitude of the probe in space will become unknown. If that happens, pointing the solar arrays and antennas of the spacecraft will become virtually impossible, risking failure of the probe entirely.

In terms of solar flares, the sun has been fairly active all week. On Tuesday, it released two highly-energetic solar flares, which caused a massive CME to be propelled Earthwards. Such high solar activity creates spectacular aurora near Earth’s poles, but can also be highly damaging to space hardware, and can even cause electrical disruptions on the ground.

Venus Express, launched in late 2005, has been operating in orbit around Venus since 2006, studying its atmosphere. In 2010, it discovered a thin layer of sulphur dioxide in Venus’ upper atmosphere, challenging existing theories on the use of sulphur droplets in Earth’s atmosphere to combat climate change. In late 2011, it discovered a thin layer of ozone, calling into question some well-established beliefs on the validity of an ozone layer as a biomarker, or a identifying characteristic of planets that could potentially support life.

Click here to see an interactive 3D model of the Venus Express probe. The video below shows a high-definition recording (in different wavelengths) of the solar flare which blinded the spacecraft.
[youtube http://www.youtube.com/watch?v=4xKRBkBBEP0]