The fall of a bright object was filmed by residents of the village of Bostandyk in Kazakistan on the night of 4 to 5 July. Local residents and a police squad traveled to the place of the impact 300 meters from the road Zhalpakatal-Karasu. The steppe was there on fire. After extinguishing the fire, a spherical COPV tank with a diameter of 3 meters was found. A second smaller tank was found at a distance of 1 kilometer from the place where the other tank. Apparently, these are fragments of rocket yet to be identified. 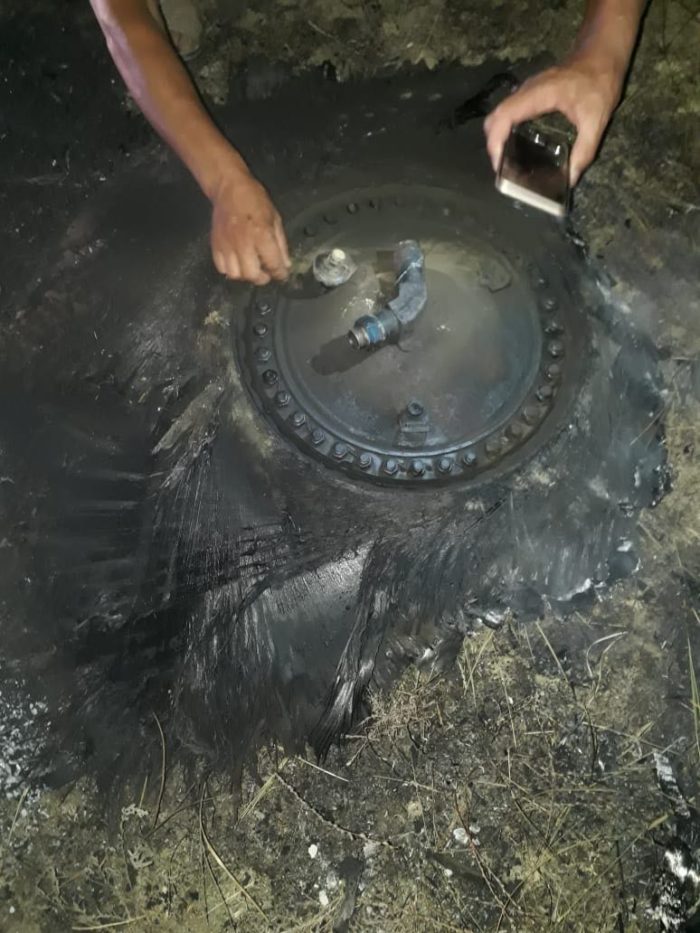