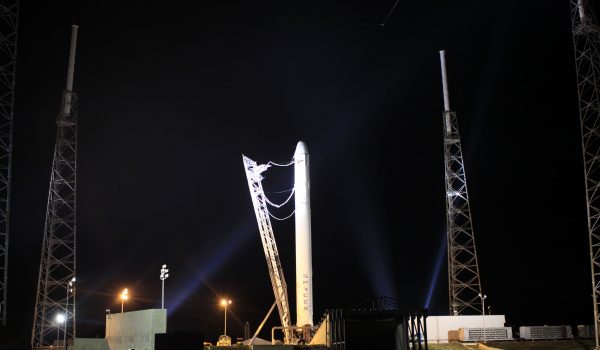 It seems that the stars are not in favor of a private spacecraft reaching the International Space Station, at least not at the beginning of next week. The long-awaited and already delayed launch of SpaceX Dragon capsule towards the ISS was aborted in the very last second after the countdown and even the start of the ignition sequence went smoothly. According to NASA’s spokesman, the engine ignition sequence started but was automatically shut off by on-board computers. 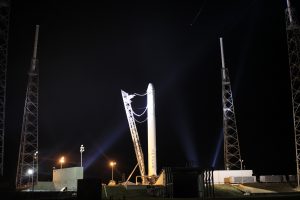 Instead of shooting off towards the ISS, the Falcon/Dragon combo keeps waiting at the Space Launch Complex 40 in Cape Canaveral (Credits: NASA)

In a Twitter update, the company’s billionaire founder, Elon Musk, reported from SpaceX’s Mission Control in California that there was “slightly high combustion chamber pressure on engine 5.” A situation like this doesn’t necessarily have to result in postponing the launch completely. Unfortunately this time, the launch window was extremely narrow so even the smallest delay was unacceptable. As SpaceX President Gwynne Shotwell explained to reporters on Friday, SpaceX had  “a near-instantaneous launch window, so if by 4:55 and a couple of seconds we haven’t lifted off, we will have to scrub.” The reason for this is  the extreme fuel efficiency required because of the challenging testing and berthing maneuvers. 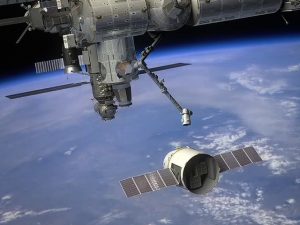 The ISS crew can rest, the Dragon's visit is delayed (Credits: SpaceX).

It seems that instead of watching the triumphal first private spacecraft docking with ISS on Tuesday May 22, SpaceX officials will be still nervously hoping for a successful launch. The third historical flight for Falcon 9 rocket and second for Dragon capsule is expected to be also the last test flight before the private cargo starts delivering regular supplies to the ISS. The contract on delivery of cargo to the orbital outpost is worth $1.6 billion for 12 delivery missions. SpaceX hopes that eventually the company will be able to provide regular transportation for astronauts.

If Falcon doesn’t lift off on Tuesday at 3:44 EDT, the additional launch delay might take weeks or even months.

You can watch the aborted launch in the following video.
[youtube http://www.youtube.com/watch?v=7bfsgY6ajNc]