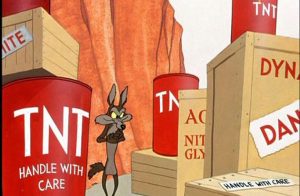 NASA’s Office of Audits, which falls under the control of the Office of Inspector General, has released a report on 27th March, which has showed a long list of infractions related to the storage and handling of so-called “energetic materials.” These materials are generally fuels and high explosives, used for launches, tests, and deep space operations. Additionally, the report has revealed inconsistencies in the training records of personnel, who are responsible for handling the materials in question.

The report calls for the Chief of Safety and Mission Assurance to begin a review of NASA’s Explosives Safety Program, with specific regards being paid to management, storage, and handling procedures at all NASA facilities.

The 52 page report can be found on the Office of Inspector General’s website.