Southwest Research Institute (SwRI) is one of the oldest and largest independent, non-profit, applied research and development organizations in the United States. For this mission, SwRI flight tested a miniature solar observatory on a five-hour high-altitude balloon flight. The SwRI Solar Instrument Pointing Platform (SSIPP) is a complete, high-precision solar observatory approximately the size of a mini fridge that weighs about 160 pounds. The observatory provides the optical precision equivalent to imaging a dime from a mile away.

World View launched the flight out of Benson Municipal Airport at 6:05am PT on Saturday, September 3rd, 2016. The World View launch operations team, led by Launch Director and Chief Engineer Sebastian Padilla, coordinated with all local, regional, national and government authorities to ensure a safe and seamless mission operation. The flight reached a peak altitude of just over 31km, with total flight duration lasting just over five hours. The payload and balloon were both safely returned to earth following the flight, and were recovered by World View personnel.

The solar observatory itself collects solar data using infrared, ultraviolet, or visible light instruments. The SwRI scientists used the observatory to search for high-frequency solar soundwaves. The unique frequency of these “solar ultrasound” waves makes them undetectable by ground-based observatories, but detectable after being lofted above the majority of Earth’s atmosphere via a World View balloon. These this experiments prove the efficacy of a new generation of low-cost solar observatory platforms that can enable researchers to regularly image the solar atmosphere to better understand its heat and noise properties.

“This novel, low-cost prototype was developed for less than $1 million, which is one-tenth of the cost of comparable balloon-borne observatories,” said Principal Investigator Dr. Craig DeForest, a scientist in SwRI’s Space Science and Engineering Division. This breaks down traditional barriers to science by allowing a low-cost platform for solar research.

This flight wasn’t World View’s first for the NASA FOP office. Over the past few years, World View has conducted a number of NASA funded high-altitude balloon missions, all from launch locations in Arizona. World View was also recently awarded two new NASA FOP contracts to conduct high-altitude balloon missions funded by the agency. Those flights are planned to launch in the near future from Tucson, AZ or a nearby municipality. 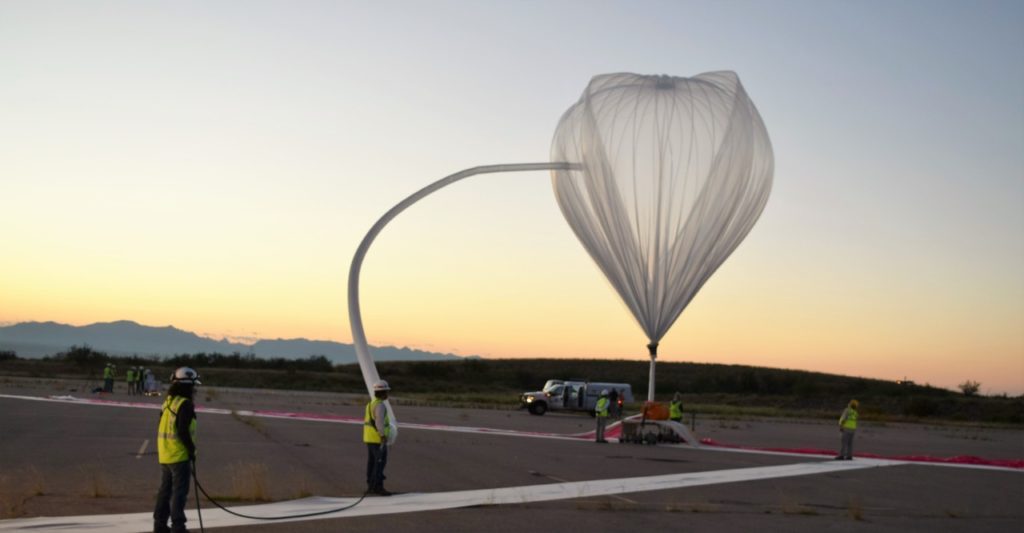