An extraordinary picture of the Rosat satellite, captured by Ralf Vandebergh in June using a 10 inches (0.25m) Newtonian reflecting telescope. Rosat is a 2.5 tonnes German X-Ray telescope, launched on June 1990 by NASA. The satellite, which has been deactivated in February 12, 1999, will perform an uncontrolled reentry is expected by late October or early November.

Ralf tracks orbiting spacecraft manually,  a smaller secondary scope at a low magnification. You can follow Ralf Vandebergh’s work on his website http://ralfvandebergh.startje.be. 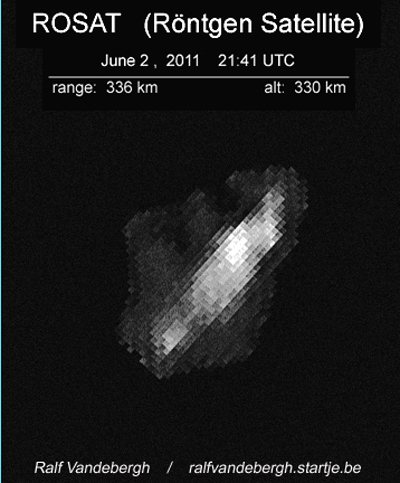