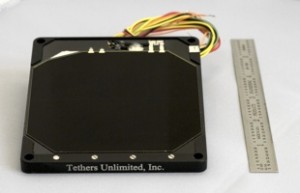 At 05:38 GMT on Thursday 23rd May, Ecuador’s first and only satellite collided with the fuel tank of an S14 Soviet rocket, which was launched in 1985.

Luckily, the satellite in question, named “Pegaso”, was only a CubeSat, with a mass of only 1.2 kg, so the amount of extra space debris generated was minimal, but it still provides an opportunity to examine the potential threats posed by the ever increasing population of miniaturized satellites in low Earth orbit. It also brings an opportunity for the analysis of possible mitigation techniques.

The term “miniaturized satellite” refers to a satellite with a mass under 500 kg, and that category can be further divided into smaller sub-categories, as follows:

A minisatellite refers to a satellite with a wet mass (including fuel) of between 100 and 500 kg. An example of this class of satellite is the “Essaim” satellite, which is a constellation of four 120 kg satellites, used for mapping signals intelligence across the world.

A “nanosat” generally has a wet mass of between 1 and 10 kg. One example of such is the Phantom Phoenix Nano, which was developed by Boeing, and is available in the 4-10 kg range. Such satellites are particularly well suited for science and meteorological missions.

A Picosatellite generally has a mass of between 0.1 and 1 kg, and it is in this category which the 1U CubeSat, such as the Ecuadorian Pegaso lays.

“Femtosats” are the latest addition to the miniaturized satellite class, and are perhaps the last word in the miniaturization of satellites. Also referred to as “Sprite Satellites”, they have a mass of between 10 and 100 g, and are normally piggybacked on top of a larger mothership satellite. The crowdfunded “Kicksat” project is one such example of this.

A 2013 market study by SpaceWorks has shown that there are currently 377 known future nano/microsatellite launches (1-50 kg) in the Orbital Satellites Database, totalling at over 500 1-3 kg satellites placed in orbit by the year 2020. The majority will be of the CubeSat standard.

This information just leads to one simple conclusion: CubeSats are here to stay, and in order to mitigate the ever increasing hazard of space-borne collisions such as that witnessed on May 23rd, pro-active de-orbiting precautions must be developed. So, what are the options?

Traditional rocket engines are a form of hot gas propulsion. That is, fuel is burned and allowed to expand through a nozzle, providing thrust to the vehicle. Given the dimensional limitations of CubeSats, and the mass envelope, it is not practical to build systems which can withstand the hot temperatures generated by such an engine. So we have to turn to cold or warm gas engines. A cold gas engine, in its simplest form, can be compared to an aerosol can. A gas, which remains gaseous in the temperatures of space, such as nitrogen, is released through a valve and into a nozzle, where it is released into the vacuum of space, exchanging its own reverse momentum for forward momentum, in accordance with Newton’s 3rd Law. The problem with cold gas propulsion is its low specific impulse, which is in the region of 65 seconds for nitrogen gas. This means that in the case of a CubeSat, an extremely thick tank wall is required in order to contain the high pressures needed for the system to be useful.

A warm gas system, would contain a fuel such as butane or propane, and is heated up by using electrical heating elements. The gas expands, and is then expelled via the nozzle. Similar to the cold gas system, there is an exchange of momentum which provides thrust to the vehicle. These types of system are more complex than the cold gas variant, and generally speaking, extra complexity means extra mass. One such example of a warm gas propulsion module on a CubeSat is that utilised on the RAMPART CubeSat mission. Surrey Satellites LTD has also experimented with butane systems, and has achieved a specific impulse within the region of 80 seconds.

Some CubeSats have opted for an inflatable balloon, which is deployed at the end of the mission, and is based on the concept of aerodynamic drag. The balloon is inflated, and provides a larger surface area for atmospheric gases to strike, imparting their kinetic energy into the satellite, and thereby slowing it down and providing a quicker deorbit.

The final option that we shall look at in this article is somewhat more esoteric, and involves the use of electrodynamic tethers. One such company who has worked on this method is Tethers Unlimited, who coincidentally, have just been granted a NASA Phase I Small Business Innovation Research (SBIR) contract. Tethers Unlimited have developed a small system known as the “Terminator Tape”. At the end of the mission life, the CubeSat deploys a 30 meter tether, which in addition to providing aerodynamic drag, provides electrodynamic drag as well. The tape is dragged along the Earth’s magnetic field, and induces a voltage/current along the length of the tape. These currents create forces perpendicular to the magnetic field, forcing the satellite to deorbit much more quickly.

In conclusion, it has been shown that although there is an increase in the usage of small satellites, research is certainly underway to prevent accidents such as those witnessed with the Pegaso CubeSat. But is it a case of “too little, too late”?

Just as the recent meteorite strike in Russia has spurred debate amongst NASA and the US senate, it is hoped that today’s events will promote greater communication between those involved with CubeSat launches, and those who are funding and developing techniques to mitigate the space debris caused by such incidents.

Below, CubeSats prepared for launch on the Vega qualification flight: