Set to be one of the blockbuster movies of 2013, director Alfonso Cuarón’s Gravity is a 3D space thriller following the exploits of two astronauts on a mission for survival after the destruction of their space shuttle in a catastrophic debris collision that initiates a self-sustaining cascading event known as Kessler Syndrome. Starring Sandra Bullock and George Clooney, the film explores themes around shipwreck, abandonment and humanity’s survival in the wilderness, while also attempting to realistically depict safety in spaceflight and space walks, and with the inherent dangers of extraterrestrial exploration.

Cuarón crafted the film in painstaking detail to keep the engineering, the aesthetics and the science as close as he could to reality, but he admits that liberties had to be taken and scientific inaccuracies included in order to maintain and drive the narrative. Film critics and scientists alike have praised the movie’s attention to detail and realism.

One expert who offered a notable online critique of Gravity is the astrophysicist Neil deGrasse Tyson, the well-respected head of the Hayden Planetarium in New York’s American Museum of Natural History. On 6th October 2013, Tyson posted a remarkable series of Twitter tweets highlighting technical blunders in Gravity (while also confessing that he thoroughly enjoyed the film). His tweets created an enormous response including television reports on Inside Edition, The Today Show and NBC Nightly News, along with many other news stories, blog posts and online discussions. Tyson himself was shocked at the fuss created around the handful of tweets he had sent over the course of an evening and was moved to write an open letter on 9th October explaining his motivations and offering praise for the many accurate details of space and space travel depicted in Gravity; we shall return to this message later.

In his original stream of Twitter posts, Tyson highlighted some faults with the film and also raised some interesting issues around extraterrestrial travel and the safety of human beings exploring outer space. He started by noting that Gravity is possibly an inaccurate title and suggested names which better reflect the forces that the characters experience during the film, either Zero Gravity or Angular Momentum.

The Peril of Space Junk

The film’s plot involves a Russian missile strike on a  decommissioned satellite causing a chain reaction of destruction and space debris – known as Kessler Syndrome after the scientist Don Kessler who theorised it – which in turn damage the space shuttle, forcing Bullock and Clooney’s characters to embark on a space walk of epic proportions: 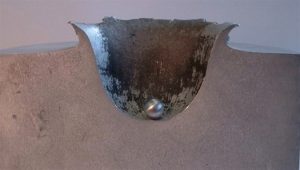 This crater resulted from firing a small aluminum sphere at 6.8 km/s at an aluminum block. Low Earth orbit spacecraft can travel twice as fast (Credits: ESA).

Tyson notes that, despite technical errors in details, one of the central aspects of Gravity highlights a very real danger for space travel – that of collision with the existent and ever-growing amount of space junk orbiting the Earth. In the few decades that humans have been sending spacecraft, satellites and manned missions into space a huge collection of manmade objects have been left in orbit. NASA’s Orbital Debris Program Office researches, collects data and records orbital debris – more than 500,000 pieces items of space junk are currently being tracked, from nuts, bolts and chips of paint to boosters, rockets and entire dead spacecraft. There have been incidents that in some ways echo the storyline of Gravity including an event in 2006 when a the space shuttle Atlantis collided with a fragment of microchip – the tiny piece of debris blew a hole in the shuttle’s cargo bay radiator panels – and another in June 2012 when a micrometeoroid hit International Space Station’s Cupola. If mankind is to learn the lessons of polluting our own planet, we should be extremely careful about leaving waste in the Earth’s orbit and deep space. As Gravity suggests, the space debris issue is getting alarming, and engage in mitigation and remediation measures to solve the issue. This will be crucial for the safety of future space exploration.

In the video below, an amusing feature about “Everything Wrong With Gravity – With Neil deGrasse Tyson,” by CinemSins.

Tyson goes on to question whether Bullock’s character, a medical doctor, would have the necessary qualifications and experience to take part in the space mission, specifically to service the Hubble Space Telescope and perform highly skillful and dangerous space walks.

Tyson continues, remarking on another central part of the film’s plot which, without wishing to spoil the story, depends on the proximity and accessibility of Hubble, the International Space Station and the Chinese Space Station Tiangong:

Next, Tyson questions the plausibility of the physics at work when the character’s struggle out in the vacuum, remarking that it is a mystery that when Clooney releases Bullock’s tether they drift away from each other when in reality, if two people were floating in zero gravity a single tug would bring their bodies together. Tyson also highlights a problem with the direction that debris is shown to be orbiting the Earth in the film:

Despite the Errors, a Fantastic Film

Finally, Tyson concedes that, despite the numerous technical errors to be found in Gravity, even a world-renowned astrophysicist can once in a while forget the scientific details, sit back and simply enjoy a slice of good old-fashioned Hollywood entertainment:

Tyson’s Tweets attracted a huge amount of media and internet attention, so much that the astrophysicist felt compelled to write a message explaining his motivation for the posts and regretting not emphasizing the many praiseworthy accuracies in the film’s portrayal of outer space and space travel. His message, which was posted on Facebook on 9th October, explains that he feels no need to comment on films that “offer no premise of portraying physical reality,” and conversely there are films in which he notices “awesome” examples of science despite the film having “no premise of scientific reality.”

Tyson reflected that it is a high compliment for filmmakers when their creations earn the right to be analyzed in terms of their scientific realism and he went on to describe his regret that before he had tweeted various faults he hadn’t first praised all the things the film got right. His list of the hundred details which the film accurately depicts includes: 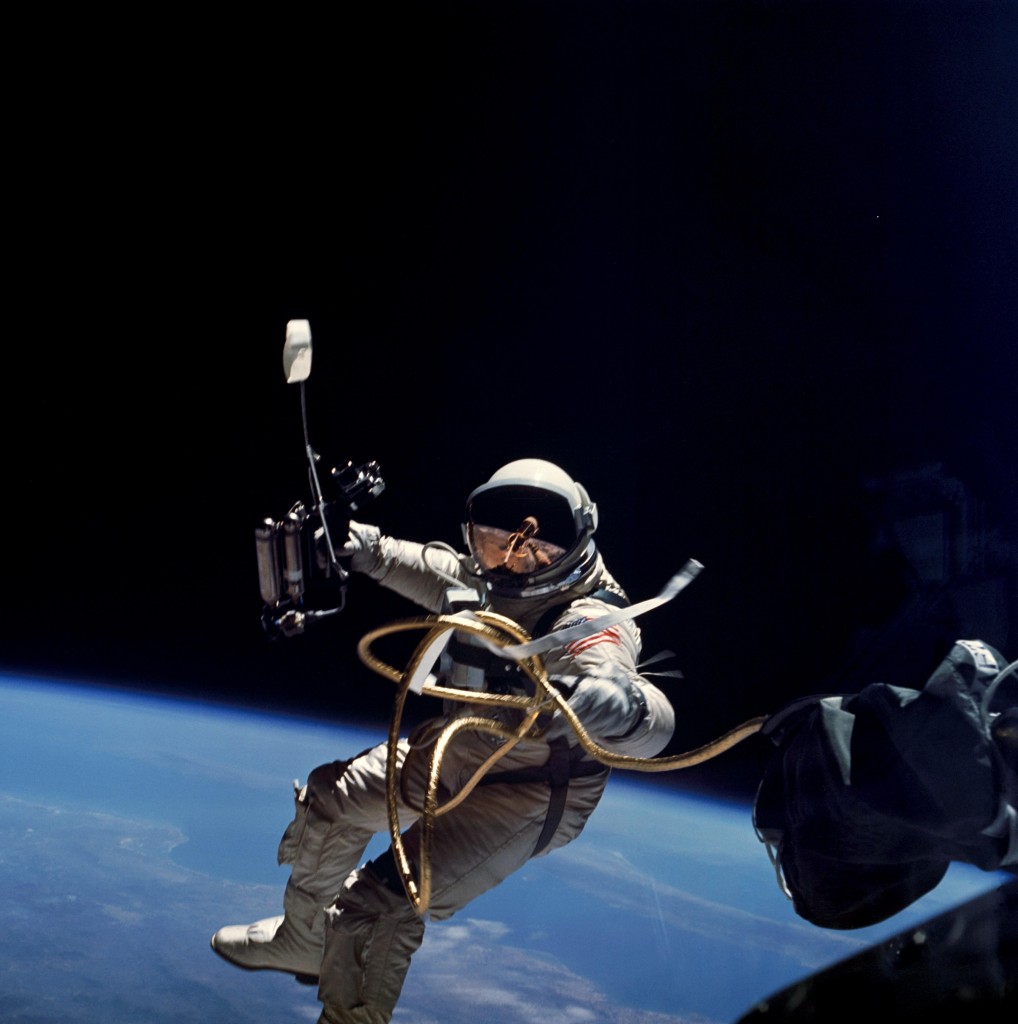 The View from Hollywood

Upon its release Gravity received almost universal consensus amongst film critics and audiences that it is an exceptionally good piece of moviemaking with outstanding direction, storytelling, acting, soundtrack and stunningly realistic visual effects. Quentin Tarantino placed it in his list of the year’s best movies so far for 2013, while James Cameron stated Gravity is, “the best space film ever.” Cameron created two of cinema’s finest films depicting deep space and deep sea exploration – Alien and The Abyss – so his praise is certainly a high compliment from the film industry. 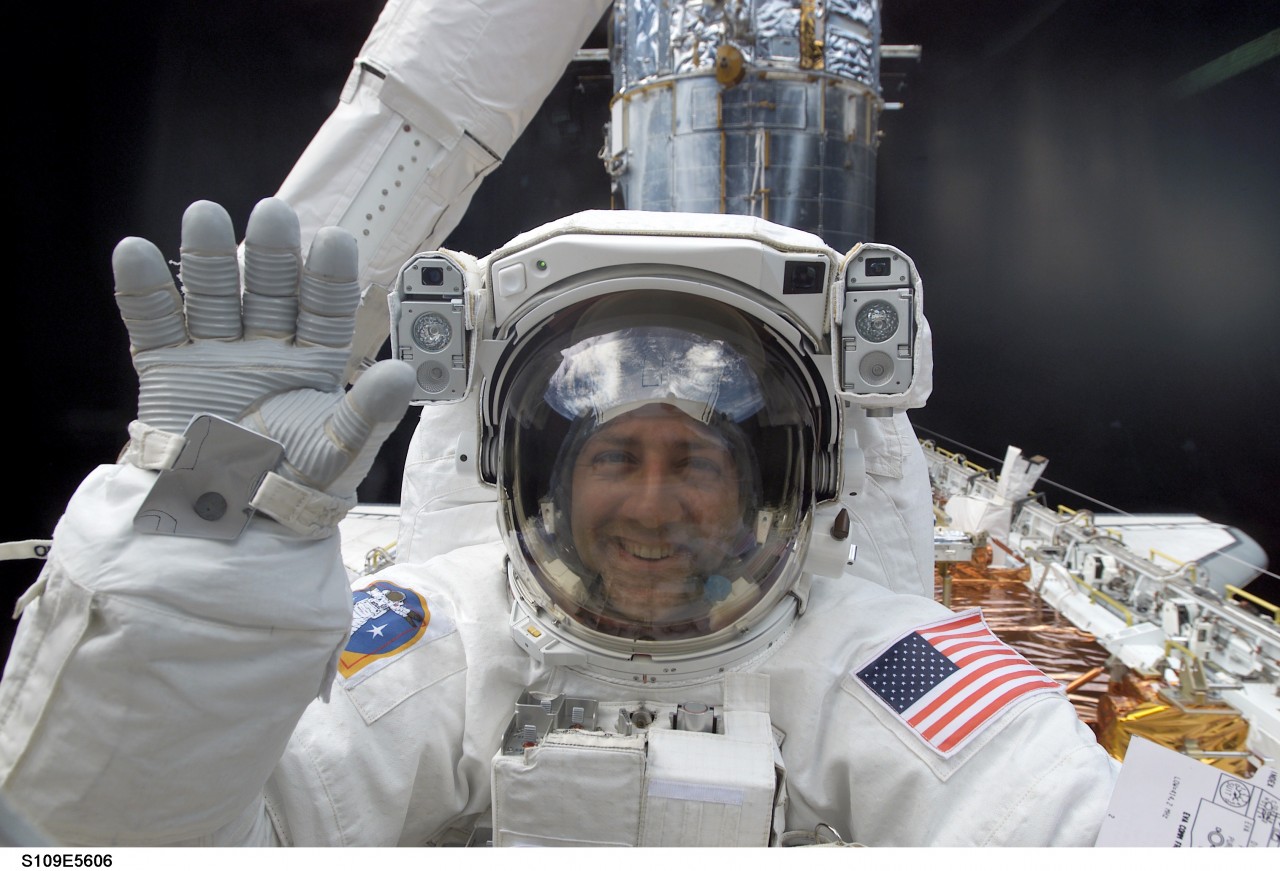 Mission Specialist Mike Massimino on EVA in 2002 to replace the Hubble’s port solar array – the real life version of the EVA shown in Gravity (Credits: NASA).

Perhaps the most telling opinions on Gravity come from the select few who have actually experienced the realities of space travel: real-life astronauts who have completed space missions. Astronaut Michael J. Massimino praised Gravity noting that, “nothing was out of place, nothing was missing.“ He went on to highlight the exceptional attention to detail: “There was a one-of-a-kind wirecutter we used on one of my spacewalks and sure enough they had that wirecutter in the movie.” Buzz Aldrin, one of NASA’s most famous astronauts and the second human to set foot on the Moon, commented that when watching the film he was, “so extravagantly impressed by the portrayal of the reality of zero gravity.” Aldrin also noted that the film depicts an entirely possible and extremely dangerous accident stating that, “we’ve been fortunate that people haven’t been in those situations yet. I think it reminds us that there really are hazards in the space business, especially in activities outside the spacecraft.” Fellow astronaut Garrett Reisman also praised the film’s realism and accurate portrayal of space travel.

To conclude, Gravity is an ambitious attempt to relate the realities of space travel and spacewalks and the inherent dangers in these activities, while also telling an engaging and gripping story, and the film is largely successful in all these aims.