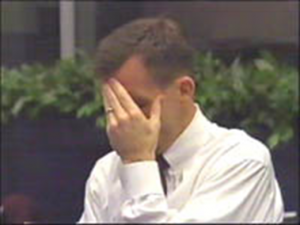 The sixth issue of Space Safety Magazine is dedicated to one of the most tragic events in human spaceflight: the Columbia disaster and the loss of its crew. As you will learn from the Special Report “Remembering Columbia,” the Shuttle was destroyed upon reentry by a flux of super-heated air coming through a breach in the reinforced carbon-carbon left wing leading edge that caused degradation of structural properties of the wing itself. The crew was left with no chance of survival when the cabin broke apart at an altitude of approximately 42,672m.

The Columbia Accident Investigation Board (CAIB) determined that the breach had been caused by the impact of the Shuttle left wing with a piece of foam coming off the External Tank’s (ET) bipod fitting 81.7 seconds after launch.

As in all previous fatalities in human spaceflight, the Columbia disaster was not an accident at all. The External Tank was defective by design, and the phenomenon of debris shedding was well known. According to the CAIB, damage caused by debris has occurred on every Shuttle flight, and STS-107 was the seventh time that a release of foam from the bipod ramp had been recorded.

The organizational failures that led NASA to downplay or dismiss all accident precursors as “acceptable risks” are well documented in the CAIB Report. The event that doomed Columbia was noticed during the second day of the ill-fated mission, upon reviewing launch camera photography. Mission Control Center even told the crew that there was “absolutely no concern for entry” because the phenomenon had been seen before.

The general feeling was that a chunk of low density foam insulation could not cause much damage. In fact, the impact of the acceleration component to the relative velocity of the two bodies was completely underestimated: the foam shredded the reinforced carbon-carbon panel like it was made of paper when Columbia literally rammed into it at 3,000km/h.

According to Bryan O’Connor, who at the time was NASA Associate Administrator, Office of Safety and Mission Assurance, a major cause of the Columbia disaster was complacency. “The hardware had been talking to us, and what we had believed at the time to be rational risk management looked in retro­spect more like rationalization of inconve­nient warnings.”

In the video below, the high speed impact testing of  a block of foam into a reinforced carbon-carbon model of Space Shuttle wing. The test proved that the foam strike was the most likely cause of the Columbia disaster.

The Columbia Disaster and Safety of Commercial Spaceflight

With the Columbia disaster we lost much more than the crew and an orbiter; we lost an entire space program and a large part of its engineering knowledge. The Space Shuttle was a highly complex and innovative vehicle, designed to ferry back-and-forth to LEO a crew of up to eight people and large military payloads. A set of wrong assumptions about its reliability and the need to satisfy a wide array of mission profiles, including the never utilized ability to fly into polar orbit from Vandenberg Air Force Base, led to an unsafe and vulnerable design.

We are witnessing the beginning of a new and promising era in human spaceflight, the commercial era.

The focus of commercial space is very much on cost-cutting, while vague assurances are made about safer vehicles. Sometimes safety is even presented as a stubborn obstacle to industry development and progress. The commercial human spaceflight industry needs to remember that the primary goal of the Shuttle Program was cutting the cost of transportation to orbit by an order of magnitude, a goal at which it failed miserably, as the Challenger explosion and the Columbia disaster proved beyond any doubt. As with the supersonic Concorde, the Shuttle was doomed by being both expensive and unsafe. Being expensive made it in turn unaffordable to undertake any further development or safety modification. But even being expensive to operate did not stop either the Shuttle or Concorde from operating for about 30 years. What ultimately ended these programs was their inadequate safety. We hope that the emerging commercial operators will keep alive the lessons learned from the Columbia disasters, making sure not to fall into the same illusory tradeoff of cost for safety.